How God Used Obaseki To Save My Life - Suleiman 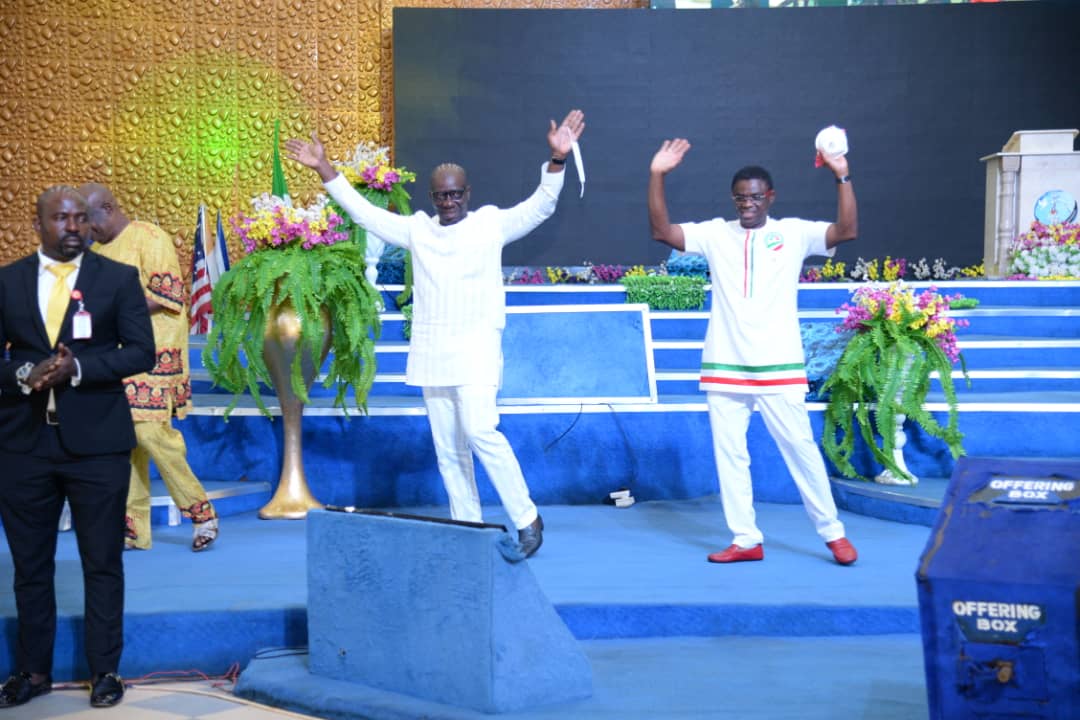 General Overseer of Omega Fire Ministries International, Apostle Johnson Suleman, on Sunday, said he owes the Edo State Governor and candidate of the Peoples Democratic Party (PDP), Mr. Godwin Obaseki, a debt of gratitude for saving his life and that of his family from assassins in 2018.

Receiving the governor, his deputy, Rt. Hon. Comr. Philip Shaibu and other top government functionaries at the church headquarters in Auchi, Edo State, the cleric said, “Something happened in 2018; some people came to kill me. They hired assassins to kill me on New Year’s Day. They were waiting for the church to start shouting Happy New Year before they would open fire in the church to kill me.

“His Excellency Governor Godwin Obaseki got the information before me and sent security personnel to track the assassins and deal with them. He saved my life and that of my family.

“The altar is not for politics; I am not a politician and nobody gives me money to talk, rather, I say things the way they are. God used the governor to save me and my family. Time and eternity will help me to show how grateful we are.”

On his part, Governor Obaseki thanked the Christian community, especially religious leaders, for their support and cooperation, thanking God for the successful completion of his ward-to-ward reelection campaign across the 192 wards of the state.

Obaseki said: “We are here to worship with you and thank God for what he has done for us. If anyone told us that we would go through the COVID-19 experience no one would have believed. The Church was our pillar when COVID-19 broke out. I was worried and didn’t know what to do but we continued with zoom meetings with our senior pastors to find a way out. The prayers of the church have greatly helped the situation.

“We are here to thank God and urge you to pray for us. In the last five weeks, we have gone through the various communities in Edo State, campaigning and trying to see for ourselves the situation of things.

“For those five weeks, we traveled thousands of miles and ended up in my ward in Benin City. All through the journey, my convoy did not have any accident.”

Meanwhile, the clergy’s father, Hon. Imoudu Sule, thanked the governor and his deputy for saving the life of his son, promising to mobilise other voters to ensure the governor’s reelection.

He said: “Your Excellency, remember I once told you that if the Deputy Governor finds himself in ‘Zero’ party, that is where I will be. He saved my family. Apostle Suleman is the oxygen of my family, the live wire of my family. That act saved everybody in Omega Fire Ministry and all around him. I am with you 100 per cent, your Excellency.”

In his remark, Shaibu noted: “Apostle Suleman has been wonderful; he doesn’t praise-sing anyone like some other clergymen, rather he says things the way they are without fear or favour. He is a very sincere person. He has always told me that we must not allow violence in the electioneering process and God has done it. We must allow our people to come out and vote. I want to promise you that we would abide by the rules because it is with the rules that God has done it for us.

“I want to thank you and reassure the church again, that God is working for the betterment of Edo State. Obaseki and I are preaching a violence-free election in the state.”