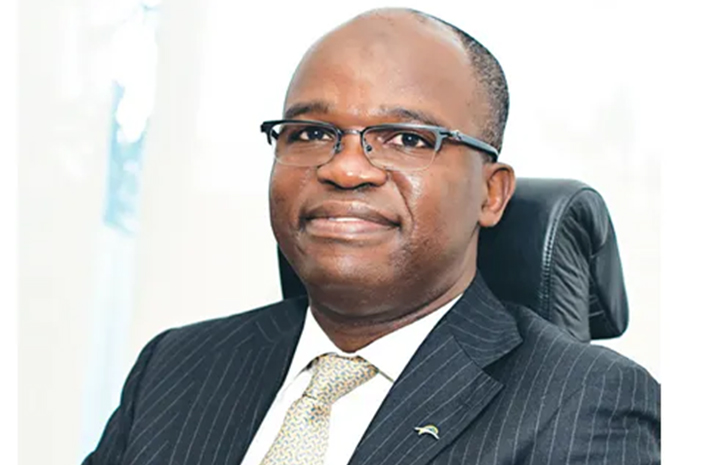 The immediate past Group Managing Director of Polaris Bank, Mr. Tokunbo Abiru yesterday promised that he would focus on the actualisation of special status for Lagos State when eventually elected senator representing Lagos East senatorial district on October 31.

Abiru, a former Commissioner for Finance in Lagos State, also pledged that he would prioritise the completion of Lagos-Ibadan expressway and the reconstruction of Ikorodu-Sagamu road and Ikorodu-Epe-Ijebu-Ode highway when he assumes offices in November.

The former bank chief made these pledges on Sunday when the Chairman of All Progressives Congress (APC), Lagos State, Alhaji Babatunde Balogun unveiled him as its flag-bearer for Lagos East senatorial bye-election scheduled to hold on October 31.

After the presentation of the party flags, Abiru promised to join forces with the Speaker, House of Representatives, Hon. Femi Gbajabiamila; Senator Oluremi Tinubu and Senator Olamilekan Adeola, among others, to further efforts to secure a special status for Lagos State.

Abiru said he would also pursue and support  initiatives and policies that would  better the lot of the people of the state and Nigerians in general if elected .

“I will be a Senator of the Federal Republic of Nigeria with resolute focus on the welfare of Lagos East , Lagosians and Nigerians at large I will use the position of senator and my energy and resources to further their well-being ,welfare, prosperity ,empowerment and security .

“In my role as a senator, my legislative activities will be anchored on two overriding considerations, one of which is to join hands with colleagues in the National Assembly from Lagos to further efforts to secure a special status for the state in view of its status as the financial , industrial, media and entertainment capital of Nigeria,” he noted.

Abiru acknowledged the pressure on the infrastructure of Lagos State due to federal establishments like seaports, airports and military installations, and the mass rate of migration from other states into the state.

“I intend to pay attention to execution of projects and initiatives which will have significant impact on the Lagos East Senatorial district and Lagos in general,” the former bank chief promised.

Specifically, the APC senatorial candidate noted that he would work towards the reconstruction of Ikorodu-Epe-Ijebu-Ode and Ikorodu-Sagamu expressways as well as ancillary industrialisation along the corridor when elected.

Besides, Abiru pledged to work with the relevant ministries, departments and agencies (MDAs) to ensure speedy completion of Lagos -Ibadan expressway when elected the senator representing Lagos East.

He said he would work to ensure the development of tourism potential of Ibeju-Lekki and sustained industrial and commercial  development of areas like Ikorodu, Somolu ,Epe and Kosofe.

The APC candidate promised “to establish and institutionalise programmes for the poor, the vulnerable, the unemployed, the aged and women generally to create employment and reduce poverty in Lagos East.”

Abiru said he did a lot to reposition Polaris Bank as CEO, and would come to the senate with the same character if elected. He thanked party members for nominating and affirming him as candidate ,saying his nomination was the greatest honour ever done him as citizen of Nigeria.

Abiru thanked the APC National Leader of the party, Asiwaju Bola Tinubu for providing what he called leadership vision in the state from 1999.

He also commended the state governor, Mr. Babajide Sanwo-Olu for what he called “interventionist strides in the state. At this point let me assure our leaders and members that I will never betray the trust they have reposed in me.

“Rather, as we approach the bye-election and afterwards, I will build on this trust and join forces with all public office holders elected on the platform not our party to build upon the foundation of progressives the party has laid for our country since 2015,” Abiru observed.

He urged party members to work assiduously for the victory of the party at the bye-election scheduled for October 31.

Also at the unveiling of the party flag-bearers, Balogun said both Abiru and Saheed were candidates, who would not disappoint if elected.

He urged party members to work hard for the success of the party at the October elections. He ceased the occasion to inaugurate a 100-member campaign committee for the bye-elections of Abiru and Saheed.