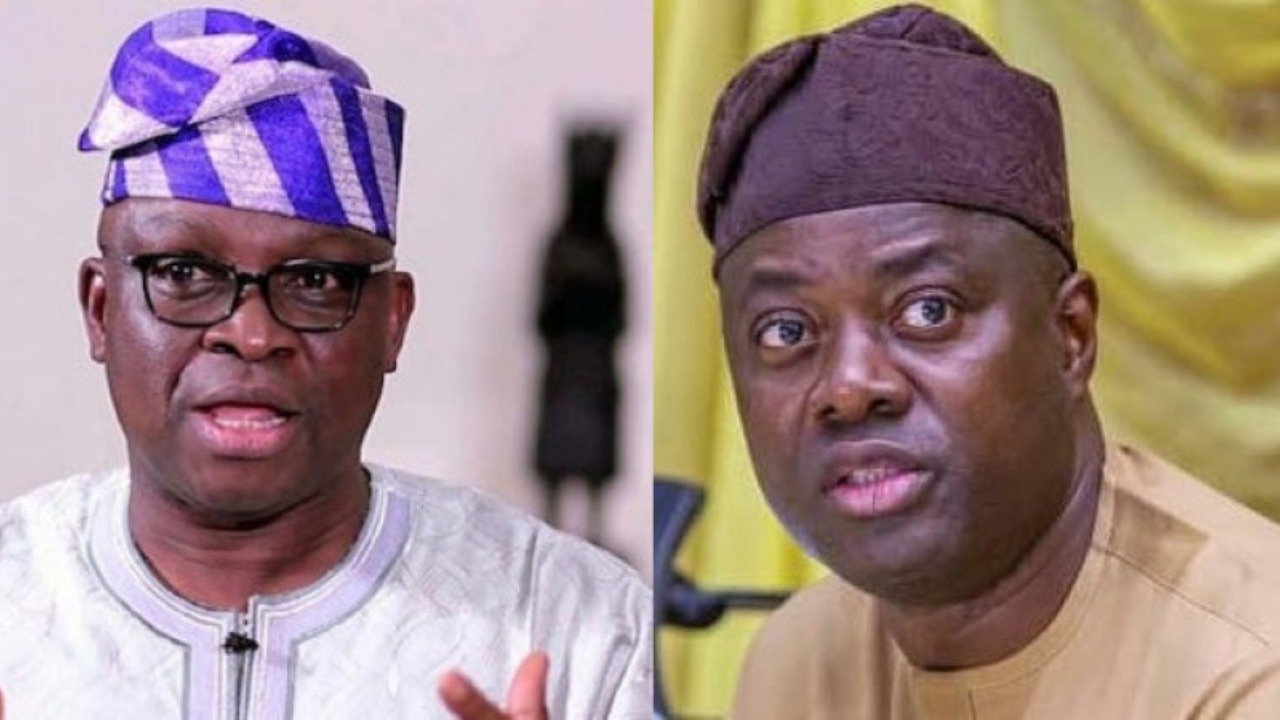 A key aide to Governor Seyi Makinde of Oyo State, Prince Babs Oduyoye has rebuffed entreaties by former Governor Ayo Fayose on the Oyo governor not to mediate in the crisis ravaging the Ekiti State chapter of the Peoples Democratic Party, PDP.

Oduyoye, who serves as Makinde’s political adviser in a statement on Thursday said such entreaties to thwart the increasing profile of the PDP in the Southwest cannot be stopped.

Fayose had on Wednesday admonished Makinde against interfering with the workings of the state chapters of the party in the Southwest.

“The fact that there is a sitting governor does not say I should go to another man’s state. Nobody should come to my state; if you come to my state, I will face you squarely,” Fayose had said.

“I will continue to respect him because he is my brother, I love him so much and I was part of his emergence.”

But noting the efforts so far by Makinde to reposition PDP in the zone, Oduyoye said, “upon his assumption of office in May 2019, Gov Makinde embarked on a mission to bring about unity and cohesion in the PDP across all the states of the South-west geopolitical zone.

“To date, he has achieved a level of success in that effort and the party has not only become stronger, it is also better positioned for more successes in the zone.

“The governor was in Lagos state to reconcile all sides and the whole world can see the outcome of that effort.

“He is playing the same role in Osun and Ekiti states, consulting everyone and seeking middle grounds for hitherto warring sides.

“I believe the opposition from some quarters in Ekiti State is a fallout of the peace effort being championed by the governor.

“One is gladdened by the fact that the consultative approach of Makinde is paying off.

“We are equally gladdened that the hitherto subdued voices in each of the states of the South-West now have a chance not only to hear others, but also to be heard.”

It declared that Makinde would not back down from any effort that could bring about genuine reconciliation and strengthen the PDP in Ekiti state or any other state of the South-West for that matter.

It stressed that Makinde was of a strong conviction that “it is by repositioning the party that all stakeholders can enjoy a win-win situation.

“We must also make something clear, the attempt to energise the opposition by insinuating that Gov. Makinde has left the task of developing Oyo state for meddling in party affairs in other states leaves a bad taste in the mouth.

“He will continue to remain ever committed to rebuilding Oyo state as can be seen in the various efforts to fix the infrastructure deficit, revitalise the health sector and put in place solid policies for the turn around of the education system,” the statement asserted.

Why PDP Is Alarmed Over Buhari’s Directive