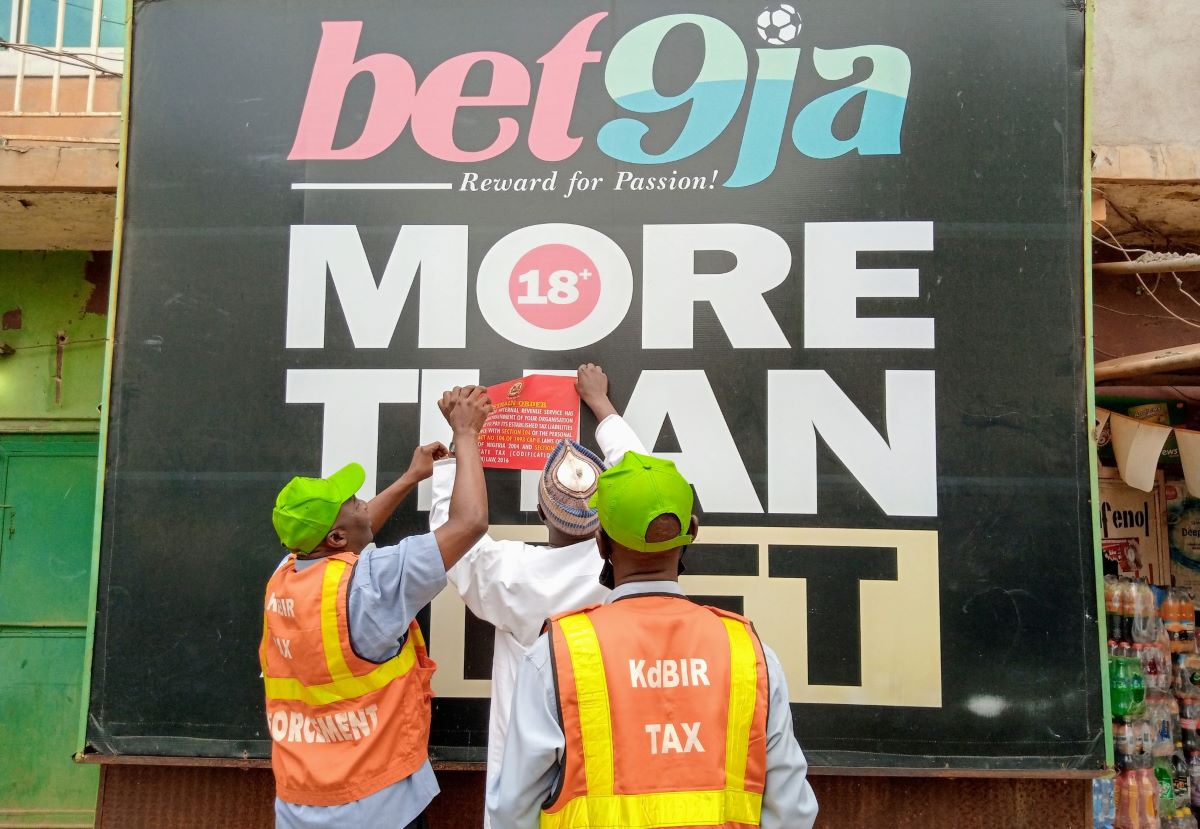 The Kaduna Internal Revenue Service (KADIRS) has sealed off some offices of gaming companies over alleged withholding tax and operating illegally in the state.

The Executive Chairman of the agency, Dr Zaid Abubakar, told newsmen after the enforcement exercise, that the companies did not register with the agency and were not licensed to operate in the state.

He also said that the operators of the gaming companies were required by law to integrate their operations into the KADIRS Service Software, but failed to do so.

According to him, closing the offices was to enforce compliance with provisions of the law and strengthen revenue collection mechanisms in the state.

He explained that the Kaduna State Tax Codification and Consolidation Law, 2020, as amended, has mandated gaming companies to register and obtain license before they operate in the state.

“Section 86 of the law mandated that any gaming company wishing to operate in the state shall upon payment of non-refundable N400,000 registration fee, apply in writing for an operating license.

“We have sent series of letters to the owners of the companies, asking them to come forward and register in line with the requirements of the law, but failed to do so.

“We, therefore, decided to close down their offices and if they fail to come forward and regularised their operation within the next 14 days, we will prosecute them in accordance with the law,” he said.

One of the offices of Bet King sealed off by officials of the Kaduna State Internal Revenue Service in Kaduna on Thursday.

On withholding taxes, the executive chairman, said that the gaming companies were mopping about N2 billion monthly from the state and were not paying a kobo to the state government as tax.

“This is about revenue, which is the life-line of any government. Without revenue, government will not be able to carry out its responsibilities.

“Therefore, a gaming company will only be allowed to operate if it is registered, which can be done online, obtain a license to operate subject to annual renewal, and pay all the expected tax due to the state,” he added.

Earlier, Malam Ado Garba, Head of Enforcement, KADIRS, who led the operation, said that the agency would shut down all gaming offices in the state operating illegally.

“We have filed for a Distrain Order from the court and we will go after all gaming companies operating illegally and withholding taxes,” Garba said.

On her part, the agency’s Secretary and Legal Adviser, Aysha Mohammed, said that all the affected companies would be prosecuted in accordance with the law, if they failed to do the needful.

“We will prosecute them accordingly if they fail to come forward and fulfill the requirement of the law, including a N50,000 to N10 million penalty on each day that the affected companies defaulted.

“We are awaiting court order on other companies and we will go after them as soon as the orders are ready so that no gaming company will operate illegally in the state.”

Similarly, Mr Samuel Akins, a Business Development Consultant to the agency, said that gaming operators generate an estimated one trillion naira annually in the country.

Akins said that in Kaduna state, the operators generate more than N24 billion annually without remitting any tax to the state.

“Recently, the Central Bank of Nigeria has closed down the bank accounts of some of the gaming companies because they are mopping up forex with the money generated from the states.

“In fact, in less than a year, one of the companies mopped up over 400 million dollars from the forex market and shipped the money out of the country,” he said.