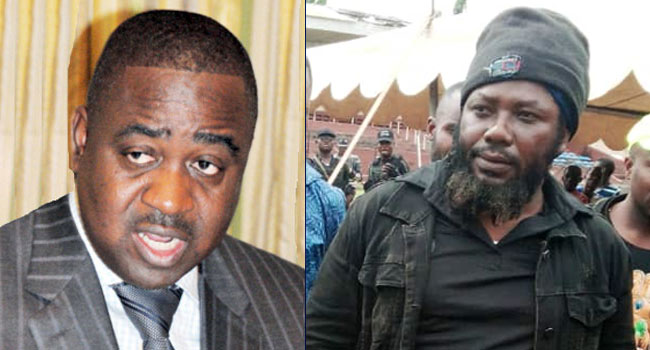 Wantor Akwa, one of the wives of the late Benue militia leader, Terwase Akwaza, popularly known as Gana said her husband embraced the amnesty programme to work for God, before he was killed by the military.

Ms. Akwa said her husband came out of hiding following the persuasion of Senator Gabriel Suswam whom he met last Saturday following which he resolved to come out of the bush.

Gana, a notorious and wanted militia leader in Benue and Taraba States was said by the military to have been killed along Gboko-Makurdi axis, after an exchange of gunfire with the military on Tuesday.

However, the governor of Benue State, Samuel Ortom disagreed with the military, saying Gana was on his way to Makurdi to embrace the peace Initiative of the state before he was killed.

Reacting to the death of her husband, Akwa noted that Gana came out from his hideout because of the involvement of  Senator Gabriel Suswan, representing Benue North-East in the second stage amnesty programme.

The widow said, “I was in Makurdi when they called to inform me of the incident. Senator Gabriel Suswam went to meet him on Saturday because when they went for him on the second amnesty issue, he said if he did not see Suswam, he was not going to come out.

“That until Suswam comes around, he will not believe that the amnesty is true. After the initial amnesty he went back into the bush. When the second amnesty programme started, he was briefing me about the development.

“I spoke with him on Saturday and he told me that he was going for the amnesty and that he is tired of the life he was living.