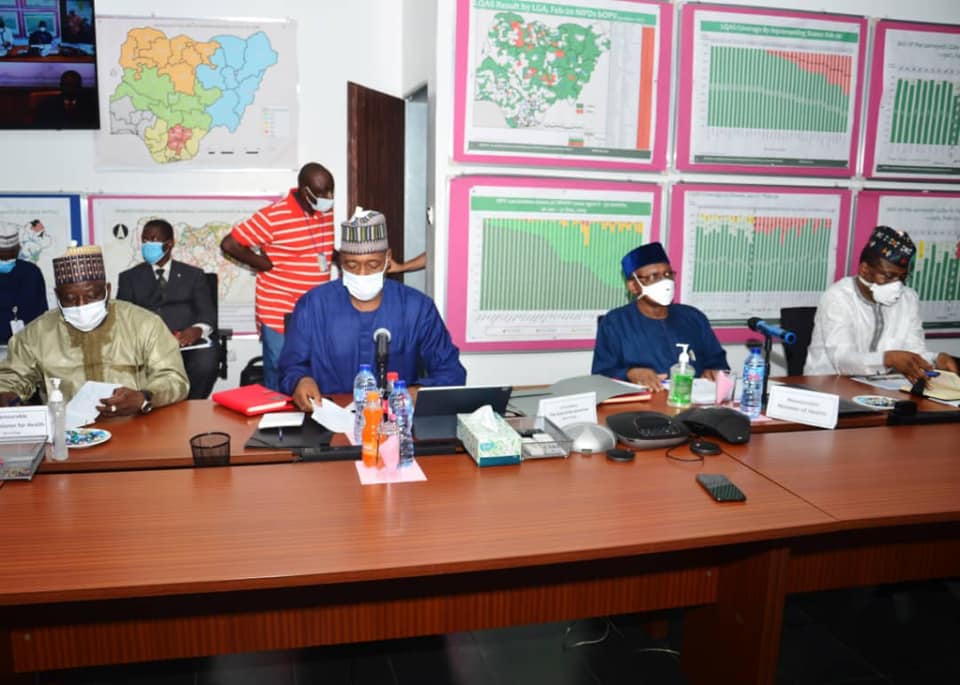 Gates, who spoke first in reviewing Borno’s progress, said he was impressed with Zulum’s quick response to the COVID-19 pandemic,  notwithstanding security setbacks, (which prevented what could have been a major impact in a State with IDP camps). He said he was also satisfied with evidences of Zulum’s lead-supervision and commitment to increasing citizens’ access to primary healthcare.

On his part, Dangote said he was impressed with Zulum’s increase of allocation of 20% of Borno’s revised budget to healthcare as against 8% in the previous budget. He also said he was impressed with Zulum’s quick release of Borno’s counterpart contribution to “basket” which collects finances from supporting partners – Gates and Dangote, as well as benefitting States to show their commitment to funding immunization and other healthcare efforts.

“Like you (Governor Zulum) has done quite remarkably, I am happy to announce the Dangote foundation has also released its funds to the basket, today (Thursday)” said Dangote.

Nigeria’s Minister of Health, Ohanire said he had followed track of Zulum’s overall progress in healthcare and he was very impressed. The same view was shared by Dr. Shuaib of the NPHCDA.

The four speakers in their reviews, however identified areas Borno’s healthcare team could improve in their current drive.

Governor Zulum, in his closing remarks, expressed gratitude to Mr. Gates, Dangote, the Federal Ministry of Health, the WHO and all other partners for supporting Borno’s healthcare development efforts.

He recounted that 51 primary healthcare centers were so far built in line with the determination to have at least one PHC in each of Borno’s 312 wards. He also said he had just given approval for the recruitment of hundreds of medical personnel (specifics of which will be announced by him on Monday in Maiduguri).

The Governor promised to sustain and increase the drive for the health well-being of Borno’s citizens.