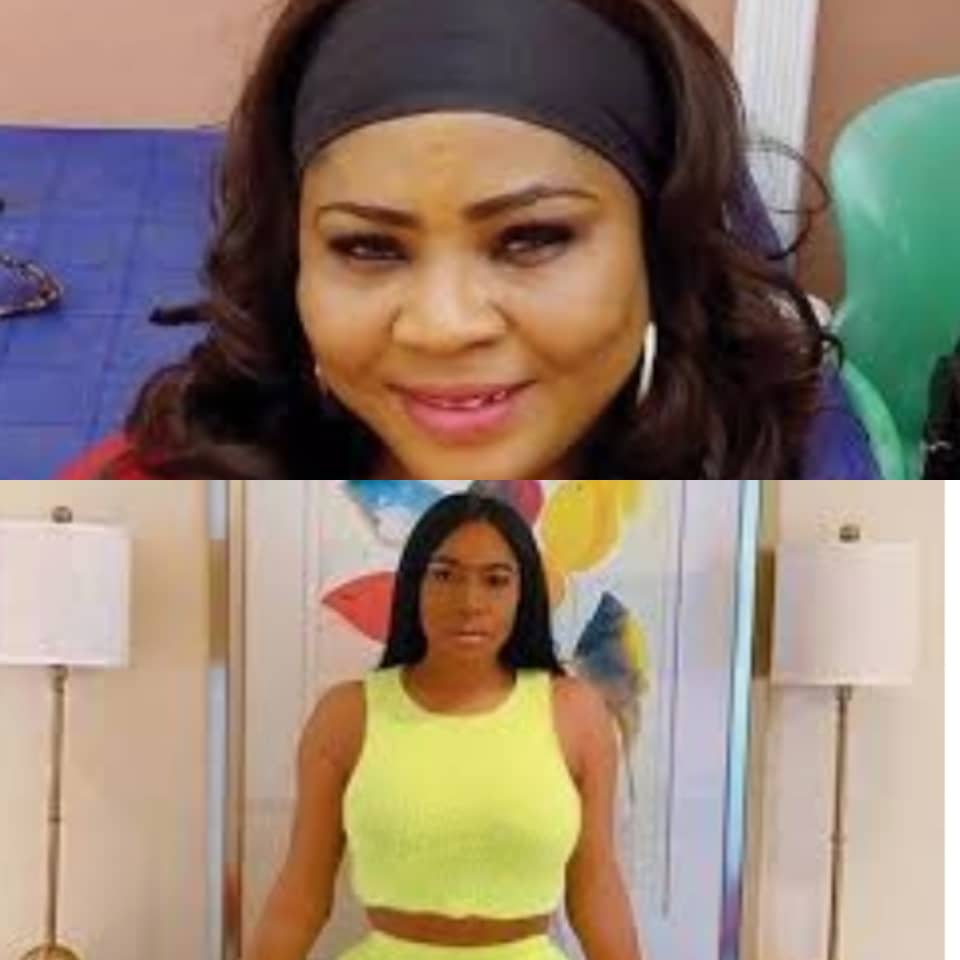 GWG recalls that from the beginning, the marriage was riddled with controversy given the age difference between the about 60 year old and the teenager and the fact that Nwoko was already married to about four wives.

Even more, Ms. Daniels’ father was quoted as rejecting the marriage but later gave his blessings after the couple welcomed their first child.

Rita Daniels was alleged to have warned Ms. Ike to steer clear from billionaire son-in-law.

Reacting to this development, Nigerians took to the micro-blogging platform saying that the mother of the actress has no moral right to disturb anyone from mingling with the billionaire lawyer as she is not the first wife but the sixth wife.

Before her denial several Nigerians had rounded up on her:

Queen Maya@onlyqueenmaya wrote: “Rita Daniels Saying Chika ike should leave Ned alone is so funny cause your own daughter has given birth for me and think Regina Daniels is his last bus stop … Lmao.”

Adaugo Ohabuike@AdaugoOhabuike wrote: “Mummy Regina Daniels allow Sir Ned to go round. Cos it was that going round that made him see your daughter. Others didn’t stop him. Allow the money to go round. Don’t be stingy.. Your daughter is not the 1st, 2nd.. Even 5th wife. Abeg.”

Rinay@graffigirl wrote: “Not Regina Daniels’ mum dragging an actress for talking to her daughter’s husband meanwhile her daughter is a whole 5th wife. That is a non exclusive marriage ma’am…”

Oga-NEPA@AsiwajuAdesina wrote: “We’re not even supposed to be talking about this Regina Daniels issue. Wife number six blocking road for other people’s hustle. We rise by lifting others now……. 7 is the number of perfection.”

Ojukwu@YungHusband_ wrote: “Regina Daniels’ Mom isn’t really smart. Someone was there before your daughter now, you’re crying cos someone wants to replace your daughter? LMAO!”

CHIOMA ESINULO @ChiomaEsinulo wrote: “What am i seeing on my TL this morning, Rita ranting that chika ike should leave her daughter husband Why is regina Daniels not talking nah her mama. What happens to the other wives before her karma is a bitch #HelloMercyEke.”

Hugo@Hugobuzzz wrote: “Regina Daniels mum should be calming down lmao. Regina has been on the wife’s list, so allow other “ambitious” ladies out there to make it to the list.”

I Am Not Married, Star Actress Cries Out