Buhari is Nigeria's Most Tolerant Leader Ever -Presidency 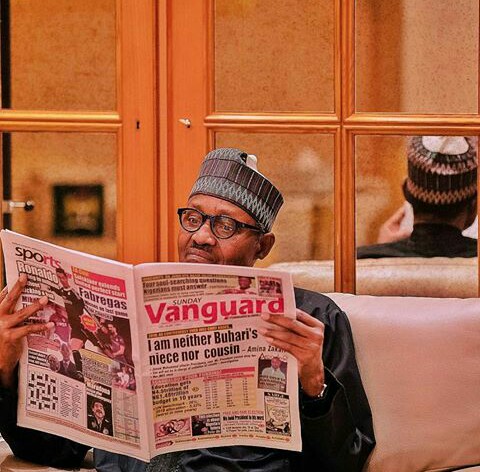 Garba Shehu, presidential spokesman, has stated that President Muhammadu Buhari is the most tolerant leader that Nigeria has ever produced.

The presidential spokesman stated this on Monday while chatting with Arise Television saying that President Buhari has not attacked the media or any journalist for writing against him.

He said: “There is no one single litigation going on against a Nigerian medium of information, radio, TV or newspaper. There is not a single journalist that this government has held for dissenting views that are contrary.

“I think that there should be a basis for criticism and that criticism is to make things better and to that extent perhaps President Muhammadu Buhari will pass as the most tolerant leader this country has had.

“We have had leaders of this country who shutdown newspapers, who have seized offices, who have locked up people in detention. This government does not go against contrary view.”

He said: “Nigerians hold Obasanjo in high esteem and expected good examples of him. This is the man (Obasanjo) who held himself as a messiah. Who feels he is the key to the nations’ problem and he knew the dangers of ethnicity and tribalism. Today, Obasanjo is the convener of ethnic tribal groups. What are we talking about?”

Garba Shehu further stated that the former president has lots of ways to reach President Buhari if he “genuinely” wants to pass a message since he has the access and means to do so as he is a member of the Council of State but his penchant to always attack the government in power is typical of him.

He continued: Obasanjo never attacked the government from a point of his strength. He looks for the moment of weakness. He did this with Shehu Shagari, with Buhari as military head of state, with President Babanginda and military rulers. Every one of them. Yardua, Jonathan. Who did he spare? No. He looked for the moment where he saw you that you can be destabilized. He chooses the moment and lunches the attack.”

However, Obasanjo’s former political adviser, Akin Osuntokun, stated that the statement of the former president is correct as the principal political officers and service chiefs under President Buhari all come from the same northern part of the country.

Why Herdsmen Are In Igbo Land – Miyetti Allah