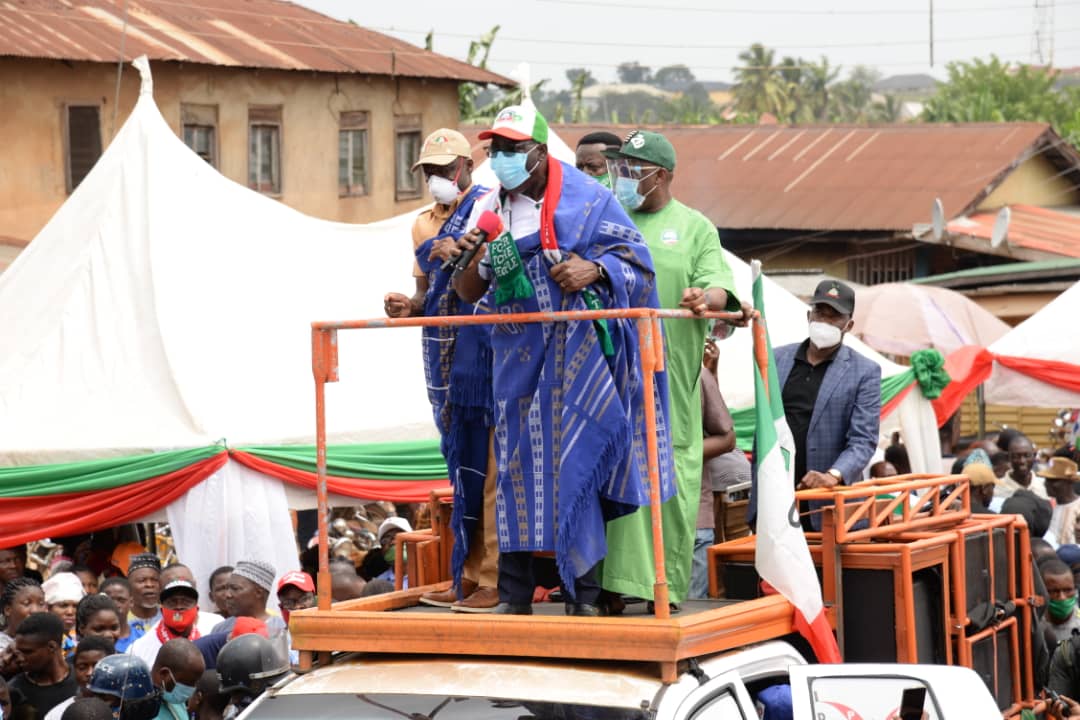 Godwin Obaseki on Thursday accused the All Progressives Congress, APC of working in cahoots with the Benin Electricity Distribution Company, BEDC to throw the state into darkness on election night to enable the opposition rig the election.

Speaking through his campaign spokesman, Chris Nehikhare, the PDP candidate in the Edo State governorship election also alleged plans by a godfather of the APC in Lagos State to undermine the election through cash to be ferried in from Lagos with private jets and helicopters.

In a statement issued on Thursday, he said:

Company (BEDC), if they go ahead with orders issued by the management, which is in bed with the APC, to cut off power supply to the collation centres across the state at critical times on Saturday, September 19, with a view to compromise the election.

“We are alerting BEDC and its management that we are aware of their plot and Edo people would vehemently resist the role of cooperates in attempting to undermine their will in this election.

Noting the effort of the Lagos political godfather to undermine the election, the PDP accused the godfather of “working in cahoots with the leadership of the APC in Edo State, has gone a step further from the inciting broadcast by sending down helicopters and private jets loaded with money in an attempt to buy our state and annex it as a part of his fiefdom.

“We want the electoral umpire, Independent National Electoral Commission (INEC), observers and other stakeholders in the electoral process to take note of this move and ensure necessary actions are taken to avert the sinister plot to subvert the will of Edo people come Saturday, September, 19.”