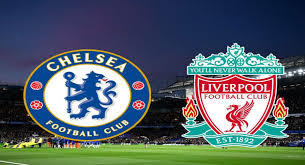 The star attraction for this weekend’s Premier League matches is undoubtedly the defending champions taking on Chelsea. Chelsea, the undisputed champion in the spending spree during the transfer window host defending champions Liverpool at Stamford Bridge on Sunday.

Every team desires to start the season with a win and both sides got off to flying starts during their last outings. Frank Lampard’s Blues outmuscled Brighton 3-1 and Mohammed Salah rescued Liverpool by scoring a hat-trick against newcomers Leeds United in a seven goal thriller which ended 4-3 in favor of Jurgen Klopp’s men.

Every point counts at the early stages of the season. A win for either of the sides will go a long way in the title race.

Last season, Liverpool were imperious against Chelsea at Stamford Bridge. Trent Alexander Arnold and Roberto Firminho scored for Liverpool and N’golo Kante got one back later in the game. Goals from both sides was the story again in the second leg which ended 5-3 in favor of the champions.

Furthermore, the defending champions have made it clear that they plan on winning the title again.

Acquiring the services of Bayern Munich’s midfield maestro Thiago Alcantara says it all.

Be that as it may, Chelsea have added more quality to their formidable squad. Hakim Ziyech, Ben Chilwell, Timo Werner, Kai Harvetz, Thiago Silva and Malang Sarr are latest members of the Blues team on a mission to take over European football.

Injuries have restricted some of their new signings from showcasing what they have to offer. Hakim Ziyech, Ben Chilwell, Thiago Silva, Jorginho and Christian Pulisic are all unavailable for this vital game of the season.

Stamford Bridge awaits the cracking game between these title contenders. Judging from their previous encounters and Mohammed Salah’s fine goalscoring form, a lot of goals should be scored in this game.