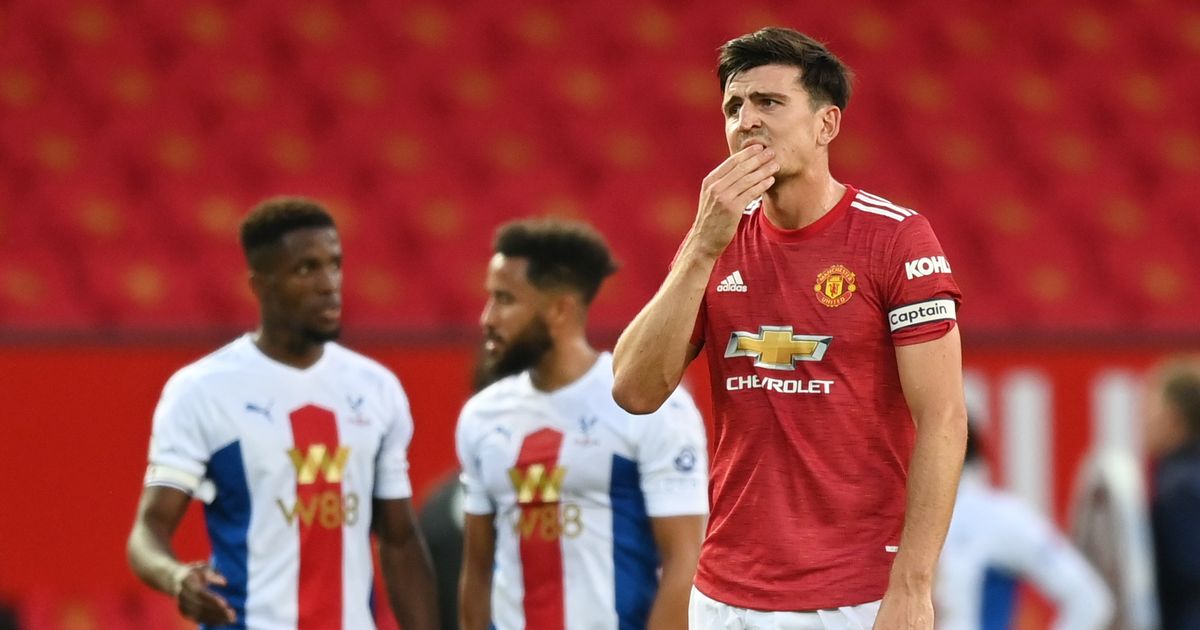 Last season, the Eagles were part of the teams that defeated the Red Devils at Old Trafford. That unpleasant experience made Ole Gunnar Solksjaer’s outfit to be wary of their opponents right from the kickoff whistle on Saturday.

It was Crystal Palace that drew first blood early in the game courtesy of Andros Townsend. Sloppy defending from Manchester United gave Townsend his first goal of the season in the 7th minute.

Paul Pogba who recovered from the perilous Coronavirus was included in the starting lineup and came closest to finding an equalizer in the 20th minute. Tight marking disrupted the flow of United’s attacking power. While Crystal Palace almost doubled their advantage through Jordan Ayew’s attempt right before the halftime break.

But, David De Gea in goal was up to the task with a wonderful save to give United a glimmer of hope ahead of the second half.

Substitutions had to be made for the game to change. Mason Greenwood came on for Daniel James. The youngster wasted no time in showing the stuff he was made of, when his header at goal went wide.

United’s day became more catastrophic when their opponents were awarded a penalty after Victor Lindelof was adjudged to have handled the ball with his hand by the Video Assistant Referee (VAR). Ghana’s Jordan Ayew was denied by David De Gea from the penalty spot. All of a sudden, the referee ordered for the penalty to be retaken on the grounds that David De Gea had crossed his goal line.

In minute 74, Crystal Palace’s man of the moment took the responsibility of taking the spot-kick and made no mistake in slotting it into the back of the net.

Although, Donny Von De Beek was called into action for the first time in a Manchester United. But he pulled one back for his new employers in the 80th minute.

Seeing that Ole Gunnar Solksjaer was trying to salvage a point, Wilfred Zaha dented United’s chances of getting back into the game by scoring a goal of individual brilliance in the 85th minute to make it 3-1.

Roy Hodgson’s men have had a great start to life in the new Premier League season. No congratulations yet for Manchester United who are at the wrong end of the table.