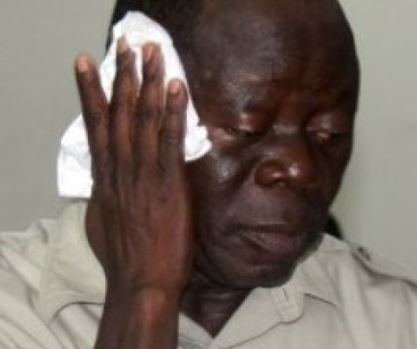 As some members of the All Progressive Congress (APC) continue to heap blames on ousted National Chairman, Adams Oshiomole for the defeat suffered in the Edo State gubernatorial election, immediate-past Chairman of People’s Democratic Party (PDP) in Rivers, Bro. Felix Obuah, has pleaded on his behalf for forgiveness.

He has, however, warned that the PDP would not for any reason accept Oshiomhole in its fold in the event he is expelled as a facton of the APC in Edo State is threatening.

Obuah in a statement signed by his Special Adviser on Media and Publicity, Mr. Jerry Needam, pleaded with the APC to forgive and rescind the plans against Oshiomhole

According to him “As true and evident as it has shown that the APC lost the Edo governorship election, largely because of Oshiomhole’s intransigence and arrogance, expelling him at this material time could only translate to political suicide for the already beleaguered Edo-born politician.

Bro. Obuah, as an elder statesman and core politician, I can discern the degree of regret and remorse that goes on in Oshiomhole’s mind and he should, therefore, be forgiven,’’ Obuah said.

He said losing the national chairmanship of the APC and the position of ‘father of Edo politics’, is more than enough punishment for Oshiomhole.

“I’m indeed sorry for the Edo APC supporters on the account that the state had suffered in the hands of Oshiomhole both as Edo state governor and as the national chairman of the party.

“Nonetheless, I beseech you to forgive him but if contrary to my plea, you are still bent on discarding him, I think the PDP will definitely not accept him into our more responsible and united party,’’ Obuah said.