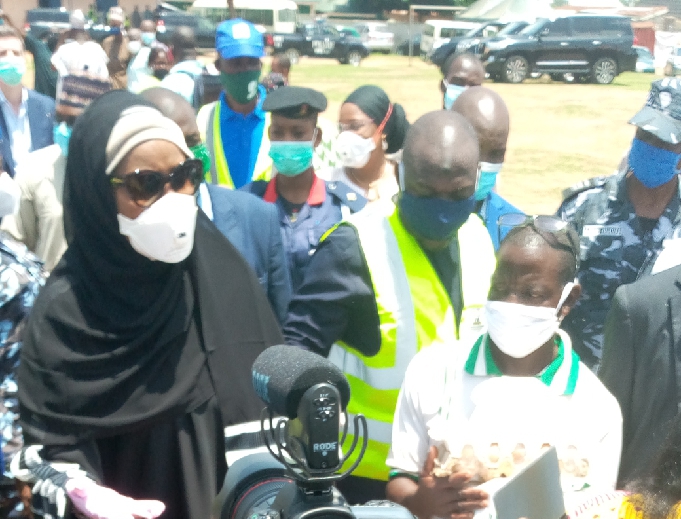 Harsh reactions have trailed the report that N2.67billion meant for the school feeding programme was discovered to have been diverted in private accounts.

Prof. Bolaji Owasanoye, Chairman of the Independent Corrupt Practices Commission (ICPC), on Monday, said the commission discovered that part of the N2.67billion was diverted to private accounts.

Reacting to the alleged corruption scandal, Minister of Humanitarian Affairs, Disaster Management and Social Development, Hajia Sadiya Umar Farouq via statement said her ministry was not in charge of the school feeding to Federal Government Colleges but that of the Home Grown School Feeding, which is one of its Social Investment Programmes.

She thus dared the ICPC to name the official involved.

Many Nigerians have taken to the microblogging platform, Twitter to bemoan the level of corruption under the President Muhammadu Buhari-led administration, despite the administration’s postures of fighting corruption.

Nigerians are calling on Farouq and other officials involved in the school feeding programmes to publish the names of the primary schools that have benefitted from the programme.