Akeredolu: My Deputy Got N13m Monthly And Still Betrayed Me 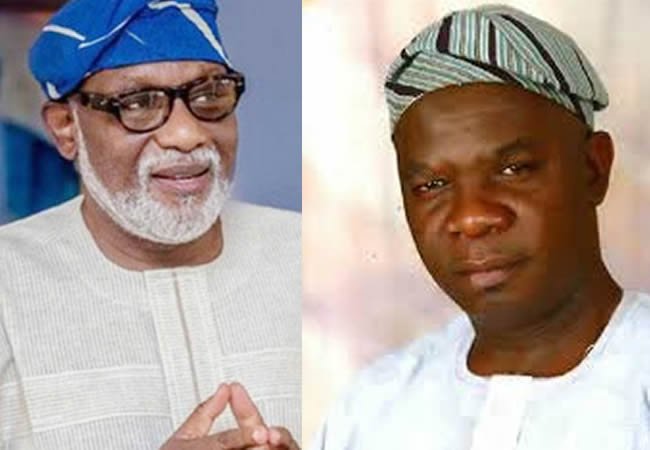 The war of words between the candidates for the Ondo State October 10 gubernatorial election continued on Thursday with Governor Rotimi Akeredolu accusing his deputy, Agboola Ajayi of betrayal.

Ajayi is running for the election on the platform of the Zenith Labour Party (ZLP).

Attempts allegedly instigated by the governor to impeach Ajayi failed.

In a radio programme in Akure, Akeredolu said he ignored warnings about his deputy and ensured he was well paid to make him comfortable.

He said Ajayi was not patient despite the free hand he got to operate.