Re: Strengthening the Unity of PDP-Edo State. 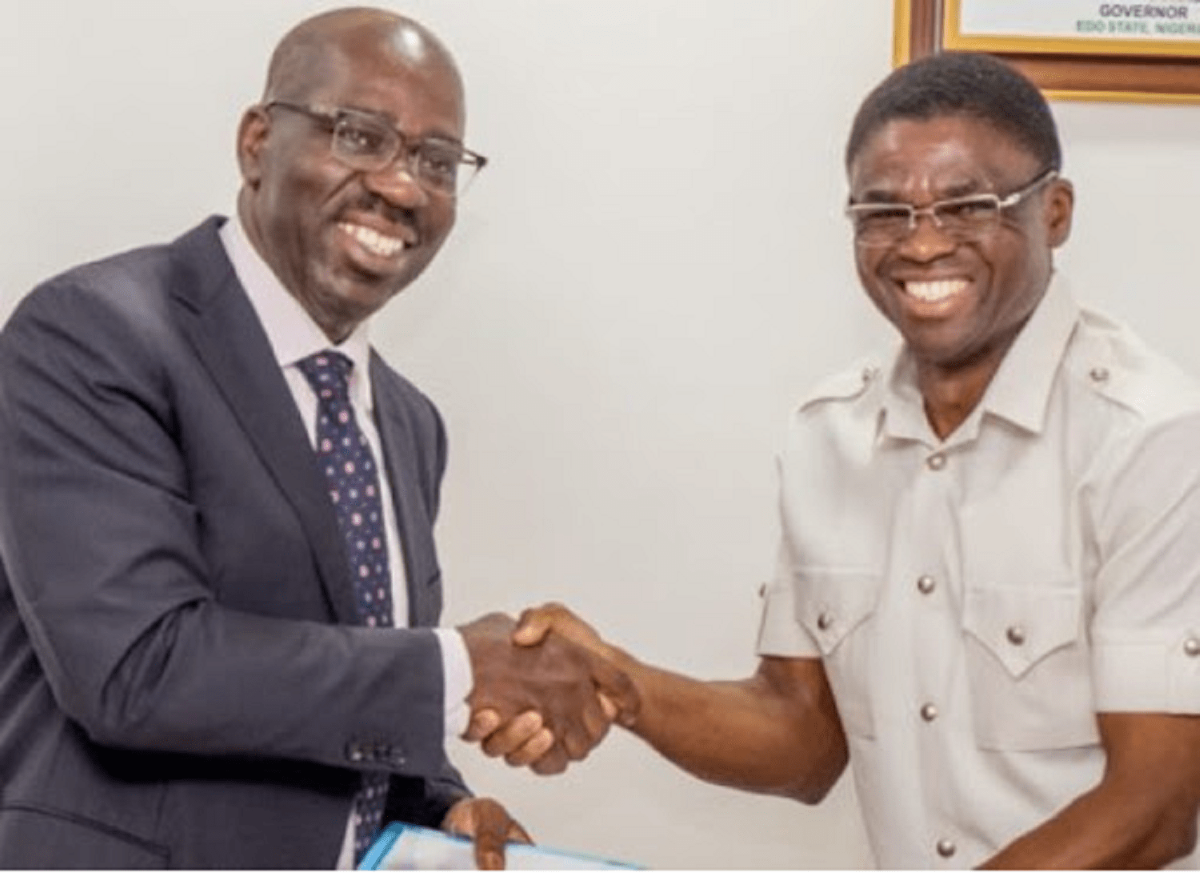 In a session with some journalists at the beginning of the year, Mr. Frank Okiye who was on Monday removed as Speaker of the Edo State House of Assembly disclosed that if there was anybody he trusted among his colleagues, that the person was Marcus Onobun.

Only Heaven would have known Okiye’s thoughts ten months later on Monday October 12, 2020 when the same Onobun was unanimously chosen by his colleagues to replace him as Speaker.

Okiye had finished presiding over the session for the day on Monday when the House leader, Henry Okhuarobo drew his attention to a matter of urgent national importance.

He said that he had a petition alleging improprieties against him as Speaker. The petition was signed by all the other nine members in the House including his trusted friend and buddy, Onobun. Okiye was alone.

In the end, the motion was carried and Okiye was removed as Speaker. In his place Onobun, the sacked Speaker’s best friend in the house was elected new Speaker.

GWG gathered that an attempt by the deputy governor, Philip Shaibu to save him was halted as the lawmakers acted with precision on the issue. Even more, it was learnt that Shaibu arrived late.

Sources disclosed that Okiye is Shaibu’s key friend and was said to have influenced his emergence as Speaker.

There are insinuations that the removal of Okiye was a plot by Governor Godwin Obaseki to build his own political structure ahead of his exit.

Such insinuations claimed that by levelling Shaibu’s political grace, with the removal of his ally, Okiye as number three man in the state, that the governor may have been projecting a more independent political character outside the shadow of his more politically experienced deputy.

Onobun, the new Speaker of the house was like Obaseki, a protegee of the former political godfather of the state, Comrade Adams Oshiomhole.

Onobun and his mother, Mrs. Stella Okoro, a grass roots politician in his constituency were said to have been long time sympathisers with Oshiomhole. It was on account of their relationship with Oshiomhole that their house was destroyed in the Esan stronghold of the PDP.

It was on the basis of that, the mother was appointed transition committee chairman for Esan West Local Government Area by Oshiomhole and the son given a position in the Oshiomhole government.

However, as the Obaseki and Oshiomhole conflict reared its head early last year, mother and son decided to tilt towards Obaseki.

“It is best you support the person that is governor in such a conflict,” a source privy to the family’s reflection disclosed.

It is on that basis that there is now suspicion that Obaseki could have positioned his man to take ascendancy in the new political dispensation.

However, that argument is poohpoohed by PDP leaders in Edo who told GWG that there was no political dimension to the crisis in the house as it was said to be essentially based on the issues of welfare.

Nonetheless, those wishing for a division in the strong relationship between Governor Obaseki and his deputy were on Tuesday morning beginning to weave conspiracy theories behind the move in the Edo House of Assembly.