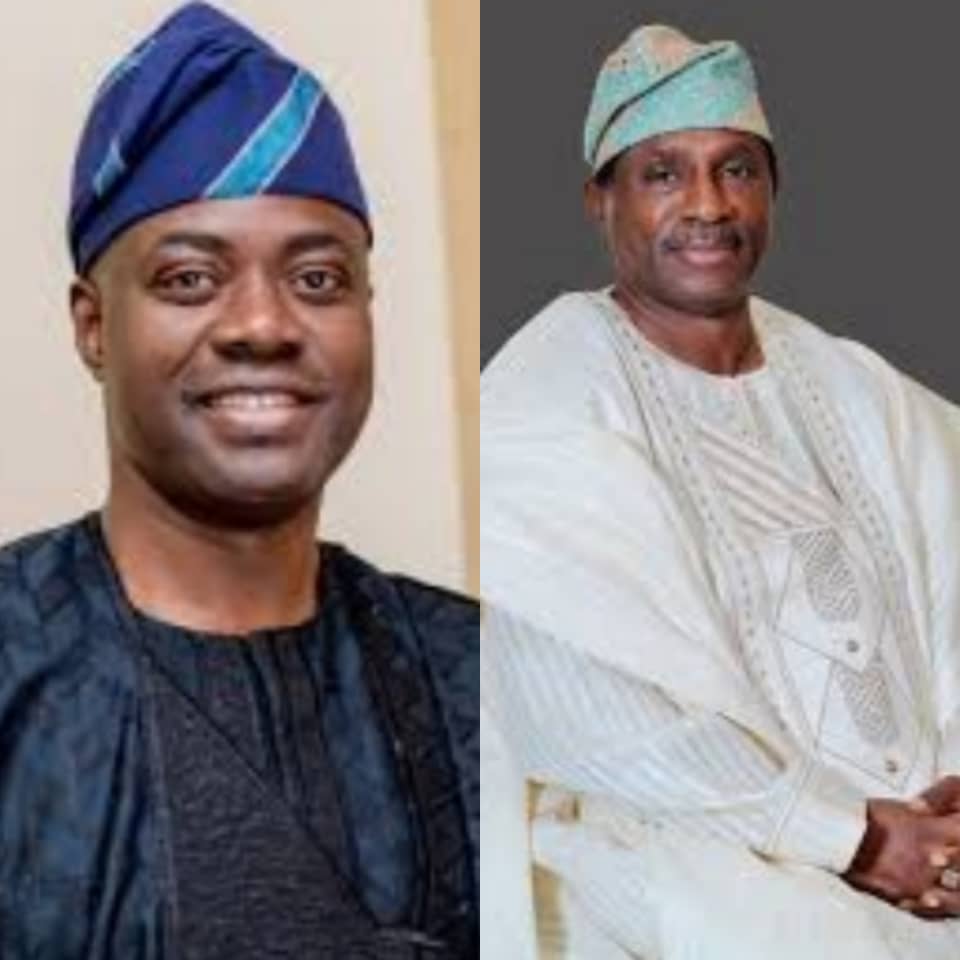 The recent tirades against the Oyo State governor, Engineer Seyi Makinde, by the governorship candidate of the African Democratic Congress (ADC), in the 2019 governorship election,  Senator Olufemi Lanlehin, have been described as highly misguided.

A group within the state’s chapter of the Peoples Democratic Party (PDP), which identified itself as ‘PDP-Visionaries’ gave this position on Sunday, stating that Lanlehin’s new-found penchant for attacking the governor is an ill-wind that can blow the ex-lawmaker no good.

According to a statement signed by the group’s lead visioner, Comrade Qudus Olayide, Lanlehin, who represented Oyo South Senatorial District between 2011 and 2015, should eschew politics of bitterness and live up to expectations as a statesman.

The group, which frowned on a statement released on Saturday by the Lanlehin Media Bureau, which cast aspersions on Governor Makinde for his role in the recent Ondo State governorship election, said it was contemptuous and utterly undignifying for Lanlehin to mock Makinde for delivering on a mandate of leading the PDP campaign, which was given to him by the national leadership of the party.

The statement read in part: “We have watched with measured caution recent developments involving the governorship candidate of the ADC, Senator Femi Lanlehin, who was an active part of the coalition of parties that worked for the election of Governor Makinde.

“It is sad to note that the Senator appeared to have missed his ways; first by returning to his vomit, the APC where he was rubbished, degraded and forced out in 2015 and second by seeking every little opportunity to launch attacks on Governor Makinde.

“By using these two elections, which have been adjudged as unfair and lacking credibility owing to huge levels of violence and/or vote buying, to taunt Makinde, it became clear that Lanlehin does not believe in free and fair elections.

For making the Kogi election a benchmark for his criticism of Makinde, it shows that Lanlehin approves of the polls that have been roundly discredited by the international community.

“While one would not have loved to join issues with the Senator or better still, his puerille media handlers in the Lanlehin Media Bureau, it becomes imperative to point out that Lanlehin has shown his real credentials.

“But we must make it clear that he is not in any position to mock Governor Makinde on the losses of the PDP in Kogi and Ondo elections, having been a woeful failure in an election he contested as an incumbent in 2015.

“Though we understand that the once respected Senator may now be playing to the gallery, trying to justify the confidence of the APC National Leader, whose disciple he has always been, we believe that the attacks on Makinde are needless and a demonstration of bitterness.”

The group added that it was aware that Lanlehin and his supporters will bare their fangs the more as the 2023 elections draw near, as they will need to prove a point to their new party that they are relevant in the scheme of things politically.

“The group, however, warned Lanlehin, who it said is a journey-man politician, having traversed the Accord Party, PDP and ADC in just a few years, to direct his bitterness towards other sources, saying that if he is angered by the way he was treated in the coalition, he should seek out his real enemies and not continue to attack Governor Makinde without basis.