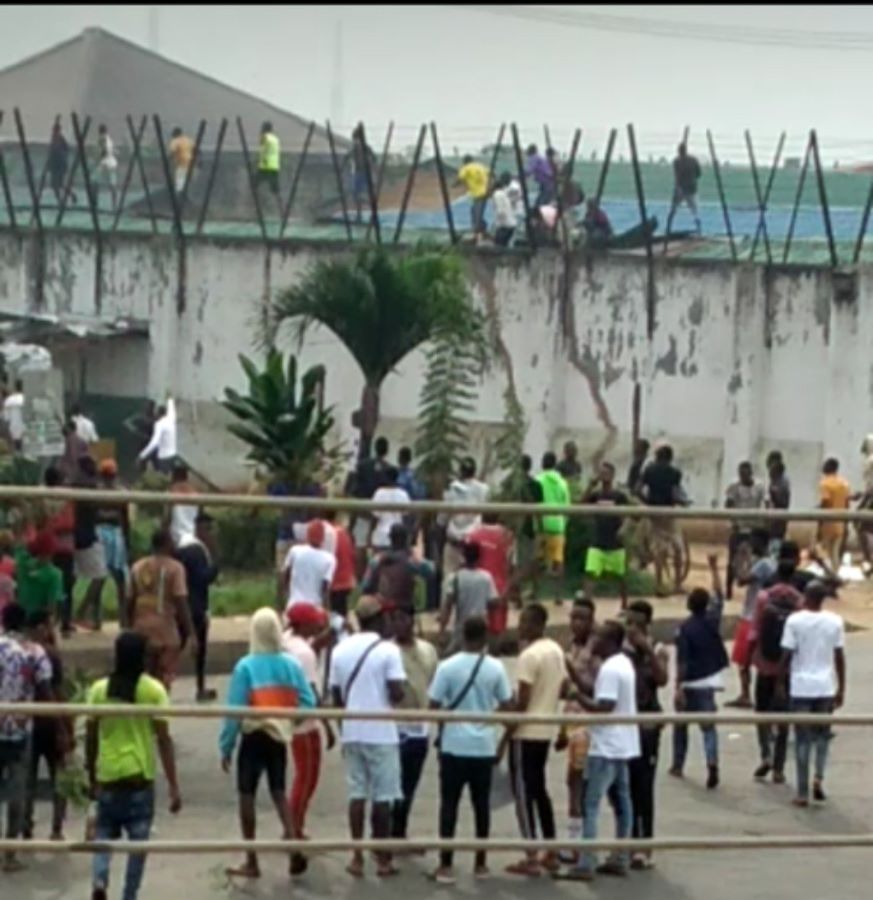 The #EndSARS protest across the country took a violent turn as irate demonstrators viciously invaded police stations, attacked several policemen and vandalised security facilities in some states across the federation.

The mobs, in separate videos hurled missiles and dangerous arms, ranging from sticks, clubs, stones and machetes on some security vehicles, vandalizing them in the process.

In other videos, apparently afraid of their lives, scores of the police officers quickly took to their heels jumping out of their stations and vehicles and running helter-skelter as they were pursued by the hoodlums.

Some of the hoodlums who were smoking hard-drugs and armed with sticks and bottles, pelted the security personnel with stones.

In Lagos for instance, the hoodlums disguising as #ENDSARS protesters attacked the Lagos State Rapid Response Squad (RRS), at Yaba and Ebute Metta injuring more than a dozen of the operatives.