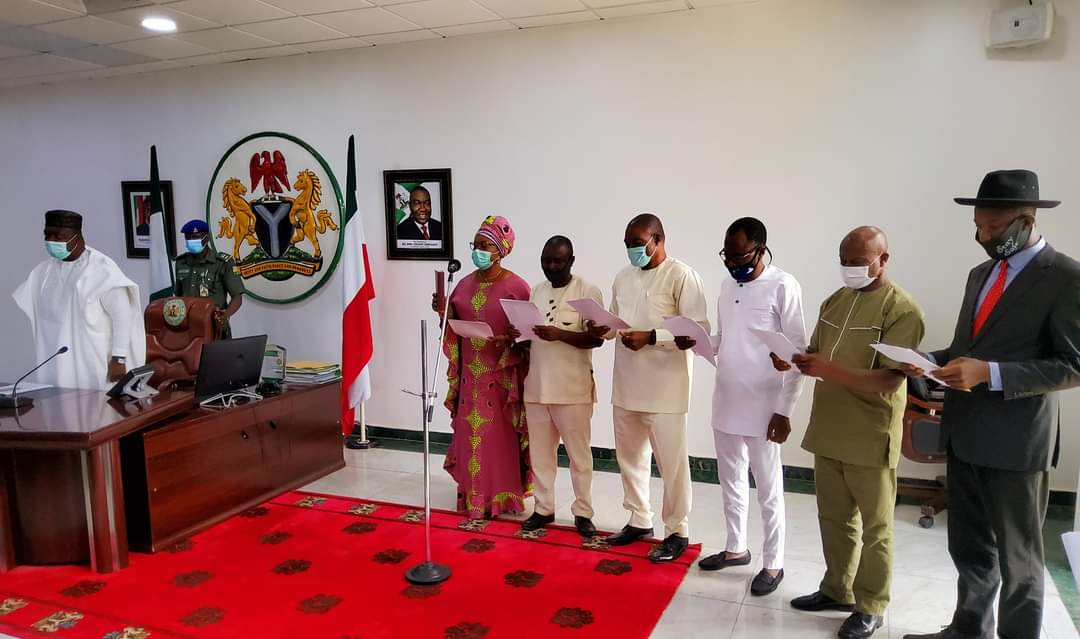 The state government has, however, approved that persons on essential services in the affected local governments such as health care workers, staff of Water Corporation, Enugu Electricity Distribution Company (EEDC), Fire Service, and Enugu State Emergency Management Agency, shall continue to attend to their duties.

The disclosures were made by the Nnanyelugo Chidi Aroh, the Commissioner for Information in a statement.

Meanwhile, Governor Ifeanyi Ugwuanyi had earlier in the day inaugurated an eight man panel of inquiry to look into cases of police brutality in the state.

It would be recalled that Gov. Ugwuanyi while addressing the protesting youth last Saturday, disclosed that his administration had set up the panel as part of the measures to address the demands of the protesters.

Inaugurating the panel at the Government House, Enugu, the governor disclosed that on the heels of the diffuse national protests, the National Economic Council (NEC) in its meeting presided over by  Vice President Yemi Osinbajo, directed the immediate establishment of State-based Judicial Panels of Inquiry across the country “to receive and investigate complaints of Police brutality and/or related extra-judicial killings with a view to delivering justice for all victims of the dissolved Special Anti-Robbery Squad (SARS) and other Police Units”.

Other members of the panel include the Assistant Commissioner of Police, ACP Ikechukwu Odokoro (Rtd); representative of the youth, Charles Ogbu; representative of students, Comrade Stephen Ani, who is the Student  Union President, University of Nigeria Nsukka (UNN); the State Coordinator, National Human Rights Commission, Enugu State office, Dr. Valentine Ekeoma Madubuko and Barr. Onochie Ngwu Obuna, representing the State Attorney General and Commissioner for Justice, who serves as secretary of the panel.

While expressing implicit confidence that the members of the panel have the requisite competence, experience and character to deliver on the crucial mandate, Gov. Ugwuanyi enjoined “all residents in Enugu State to remain law abiding and go about their normal businesses”, urging “our youths to have faith in this process and remain calm as the outcome will certainly soothe our pain”.

The panel’s terms of reference, according to the governor, are “to receive and investigate complaints of Police brutality or related extra-judicial killings; evaluate evidence presented/other surrounding circumstances and to draw conclusions as to the validity of the complaints; and recommend compensations and other remedial measures”.

Responding on behalf of members of the panel, the Chairman, Hon. Justice Ude (Rtd), thanked Gov. Ugwuanyi for finding them worthy to serve “in this onerous and very important assignment”, assuring him that they will do their best to address the inherent issues to the satisfaction of the public, especially the protesting youth.

Why We Switched Off Lekki Billboard – Tinubu’s Son