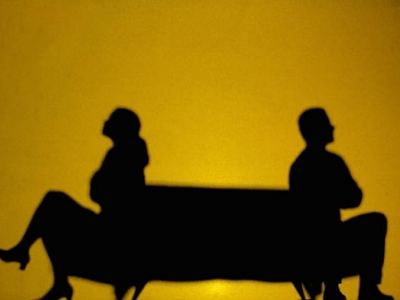 A Mapo Customary Court in Ibadan, on Thursday dissolved a 14-year-old marriage between a businessman, Yekeen Afeez and his wife, Sekinat over alleged infidelity and lack of respect.

Delivering judgment, Chief Ademola Odunade, the President the Court said:”there will be any peace if one party in a relationship chooses to be arrogant”.

He awarded custody of the three children to Sekinat.

The arbitrator ordered Afeez to pay N15,000 for the children’s monthly upkeep.

Earlier, Afeez, prayed for divorce on grounds that Sekinat was engaged in ”unholy romances” around town.

”She does not cook for the children. I have on a number of occasions caught Sekinat in compromising situations and her lover has threatened to harm me.

”She is too arrogant and disrespects my relatives and parents,” he said.

Responding, Sekinat consented to the divorce.

”Afeez engages in fetish things and was plotting to poison me. He is a jealous man,” she said.