Buhari Holds Meeting With Obasanjo, Others 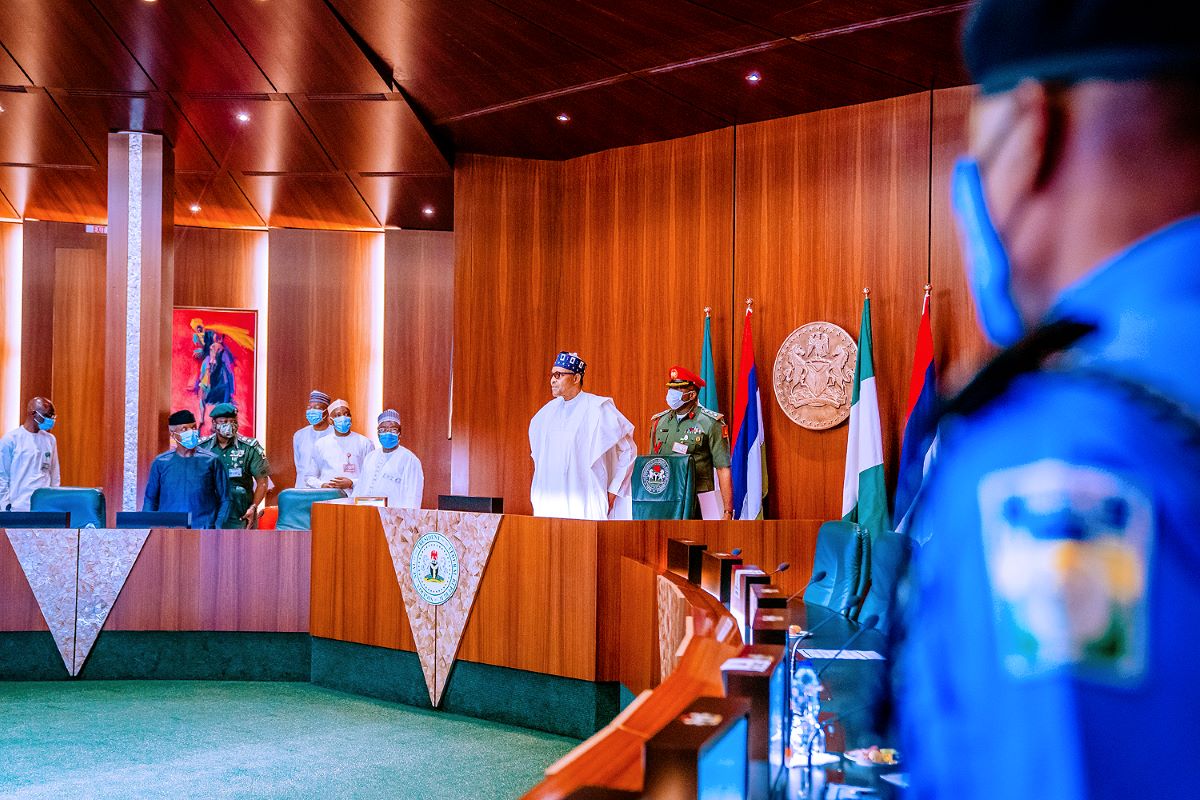 President Muhammadu Buhari is at this time meeting with Dr. Olusegun Obasanjo, General Yakubu Gowon and some other former leaders of the country.

The agenda of the meeting has not been made public but it is believed to be connected to the ongoing national crisis arising from the #EndSARS protests.

The former leaders including Obasanjo, Gowon, Abdulsalami Abubakar (retd.); former President Goodluck Jonathan and Chief Ernest Shonekan are participating in the meeting virtually with Buhari presiding from the Presidential Villa.