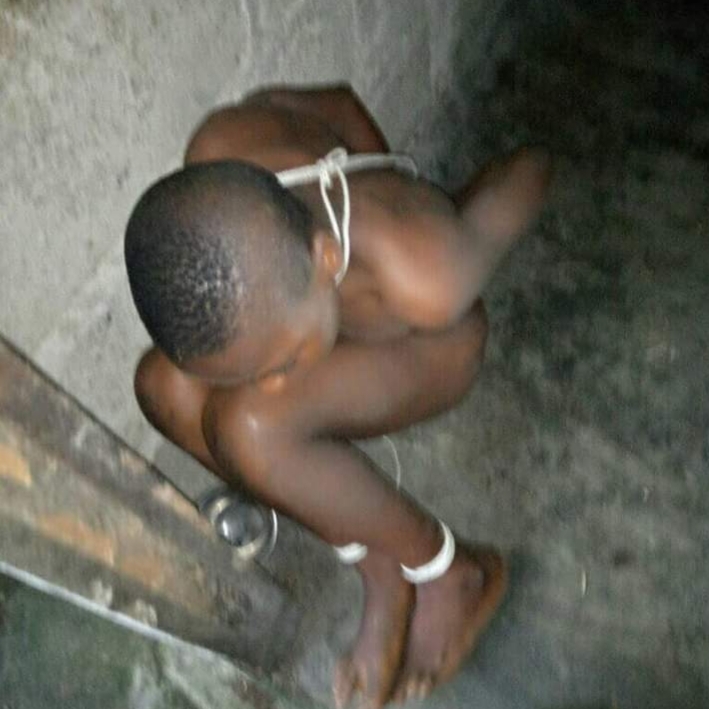 The Child’s and Rehabilitation Network (CRARN) has condemned alleged acts of brutality against a ten year old Akwa Ibom boy by his father who allegedly periodically tied him up for days without food because of claims of demon possession.

Head of CRARN , Mr Sam Ikpe Itauma who helped to uncover the deed in Ikot Udota, Edet , Akwa Ibom State has urged the state police Command to quickly get justice for the boy, Ekemini.

He revealed that the organisation was working with the police in Eket  to ensure that  the little  boy  who has been experiencing torturing from  his father and stepmother in their  family home for over  eighteen months gains the justice he deserves.

“His situation took a turn for the worst the last eight months when his father began to tie and shackle him then drop him in the backyard sometime without food, persistent beatings and viciously manhandling him.

“His appalling condition caught the attention of a CRARN volunteer through a tip-off, and the police was alerted which led to the father’s arrest, unshackling and rescue of the young lad.

“The members of the community quickly rushed and bailed out the man who didn’t deny his act of brutality on his child but merely boasted that he has the right to treat his child as his he wished.

“Ekemini has complained bitterly about the unrelenting abuse and battering he endures in his family and says he fears for his life,” the statement revealed.

According to the statement, little  Ekemini   had told the police that his father and step mother  have  subjected him to torture  for a long time, and calling me all kinds of demonic names without help coming from anyone.

The statement therefore called on the police to launch an Investigation into the matter to ensure that the child from all forms of harm.