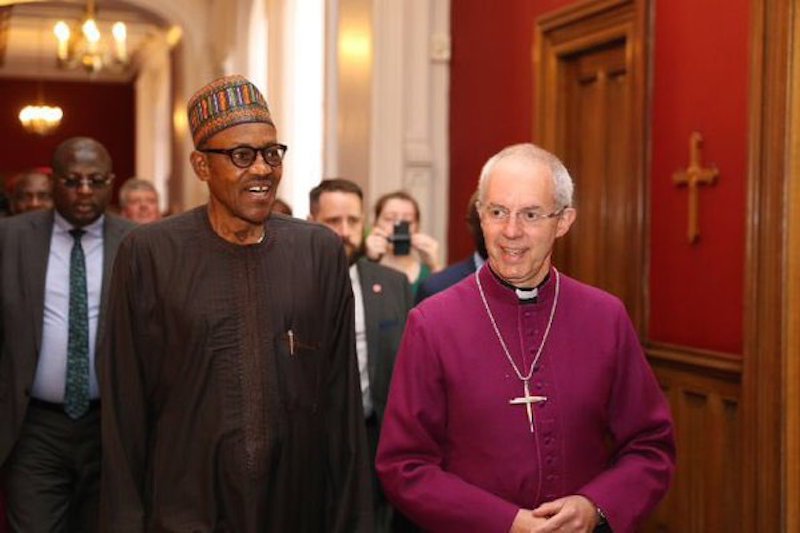 The Archbishop of Canterbury, Justin Welby, one of President Muhammadu Buhari’s long known foreign friends has snubbed the president’s admonition to foreigners not to jump into issues pertaining to the Lekki shooting.

The leader of the Anglican Church condemned what he described as the “deliberate shooting” of unarmed protesters at the Lekki tollgate area of Lagos State.

Last Tuesday, soldiers invaded and opened fire at unarmed protesters at Lekki tollgate, one of the rallying points of the #EndSARS protests in the state.

Buhari in his speech last week had urged foreigners not to jump into the issue but to investigate before making their pronouncements.

Reacting, Welby in a series of tweets, on Monday, said he can’t apologize on behalf of the British government but can speak on his “shame, sorrow and horror” about the incident.

The revered cleric urged Nigerians not to follow the path of violence and injustice, but rather embrace justice and reconciliation.

“The deliberate shooting of unarmed protestors in Lagos and other parts of Nigeria last week was an outrage. I say this as a human being, as a Christian, and as the leader of the worldwide Anglican Communion – which counts some 18 million Nigerians as part of our global family.

“But I also say this as a British citizen, knowing that in our recent colonial past the UK has committed appalling acts of violence.

“Just over a year ago, I visited the site of the Jallianwala Bagh massacre in Amritsar, India, where a great number of Sikhs – as well as Hindus, Muslims and Christians – were shot dead by British troops in 1919,” he wrote.