Man Tells How SARS Stripped Him Of His Living 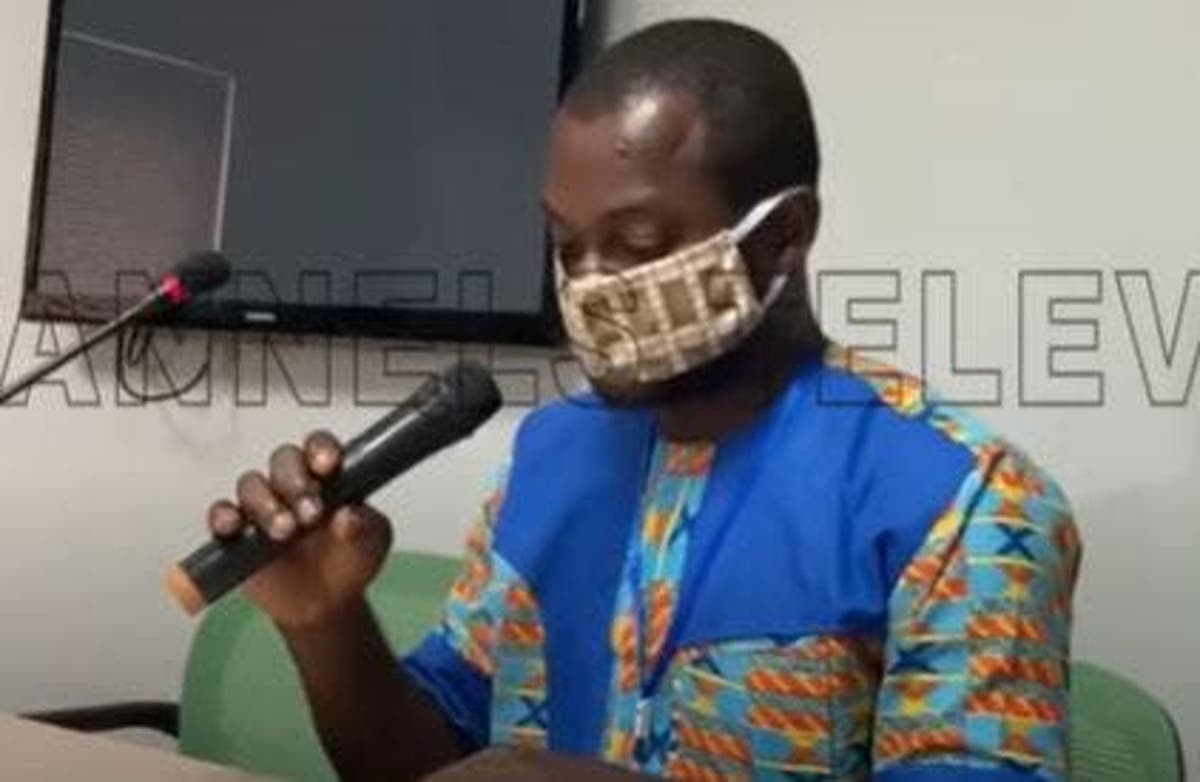 Mr. Okoliagu Abunike, an alleged victim of the disbanded Special Anti-Robbery Squad (SARS), has appeared  before the Lagos Judicial Panel of Inquiry for Restitution for Victims of SARS related abuses to seek redress.

The News Agency of Nigeria (NAN) reports that Abunike, a father of five, made the allegations during the inaugural sitting of the Judicial Panel of Inquiry on Tuesday in Lagos.

According to Abunike, whose petition was the first to be heard by the judicial panel, the SARS operatives allegedly brutalised and stripped him of all his belongings.

He told the nine-man panel headed by Justice Doris Okuwobi (rtd) that his travail began when  he was detained in 2012 at SARS office located at Ikeja, Lagos, over a false allegation of theft levelled against him by his former employer.

He said: “I currently earn a living running errands for people. The incident happened in 2012, I worked with a company for four and a half years, I had stated that I wanted to resign and my then boss authenticated my resignation.

“After some days I was called to come to the office for some clarification and I was promptly arrested. First, by police at the Ojo Police Station and from there I was taken to SARS.

“I asked what happened and I was told that my boss said something happened,”he said.

Abunike told the panel that he was physically manhandled by the SARS personnel in trying to force him to confess to an offence he did not commit.

“I was beaten, stripped and paraded by SARS around the Alaba International Market as a thief, my head was broken and lost a lot of blood. I sustained so many injuries and I still have the scars.

“I spent about 47 days with SARS; I was tortured and hung upside down. SARS officers extracted two teeth from my mouth during the torture.

“I remember the names of two of the SARS officers – Insp. Sunday alias Baba Ijapa and ASP Haruna.

“When my mother and wife came to see me, the SARS people started beating my wife and my mother. One day, my mother visited and she told me that everything is gone.

“They took all my property – My house, phones, cars, generator, everything. I was told by SARS to confess and my former boss said that I must produce the missing goods and if I don’t, I will die there.

“I just said my boss is not God and I never confessed to committing any crime,”he said.

Abunike told the panel that he was eventually released from SARS custody, and he subsequently filed a violation of  Fundamental Human Rights suit against SARS at the Federal High Court Lagos.

According to him, Justice Ibrahim Buba gave a ruling in his favour ordering SARS to pay him N10 million as damages.

He, however, said that efforts to get the N10 million compensation awarded by the court had been futile.

“Garnishee proceedings were instituted and the banks said that they do not have any SARS account.

“My belongings have not been given back to me. The only thing we have gotten back through legal processes is my landed property documents through a judgment issued by Justice Okiki-Olu Igile in Badagry.

“The person they sold the property to said i threatened his life and he took me to a Magistrate court and that suit was dismissed,”he said.

He said that he also sued the person inhabiting his property at the High Court for recovery of his property and also got judgment in his favour.

He noted that he had not been found guilty of any crime by the justice system, and that he was yet to receive his N10 million court ordered compensation.

“I want this honourable panel to compel the police to do what the court said they should do.

“I am tired of suffering, running around and struggling to pay school fees,”he said.

After listening to him the panel adjourned the hearing of Abunike’s petition until Nov. 3 to give their findings.

NAN reports that the the judicial panel of inquiry could not hear the petition of wheelchair bound Mr Ndukwe Ekekwem, due to the absence of the accused former SARS officer ASP Haruna. The hearing of his petition was adjourned until to Nov. 3.

Also the petitions against Mr Olukoya Ogungbeje and Mr Basil Ejiagwa could not be heard due to the absence of the petitioner at the panel. The hearing of their petition was adjourned until Nov. 6.

the Zonal Coordinator(South-West Zone) National Human Rights Commission were sworn-in as members of the judicial panel of inquiry.

Other members of the judicial panel are the chairman Justice Doris Okuwobi (rtd), Mr Ebun Adegboruwa (SAN), Mr Taiwo Lakanu, a retired Deputy Inspector-General of Police and a founding member of SARS.

The rest are Mrs Oluwatoyin Odusanya,  the Director of  Lagos State Directorate of Citizens’ Rights and Ms Patience Udoh, a representative of the civil society groups and Mr Segun Awosanya (segalink) a human rights activist.