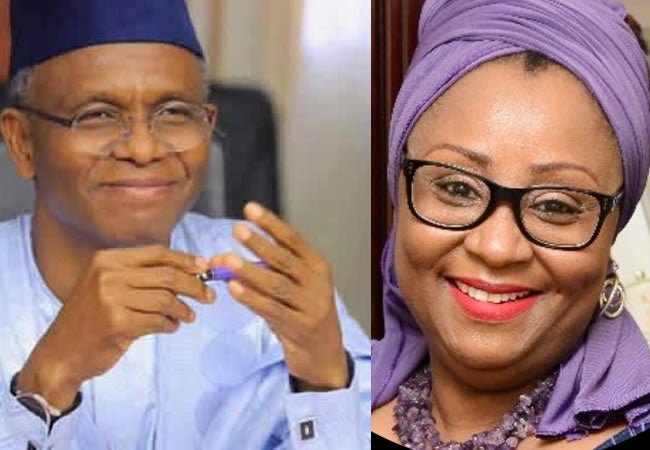 Kaduna State Governor, Nasir El-Rufai has come under attack on the social media for ordering security operatives to carry out house-to-house search for those with looted COVID-19 palliatives.

On Saturday, hoodlums invaded a warehouse on Gwari Avenue, Kaduna and looted the COVID-19 palliatives inside the warehouse.

In recent days, warehouses in which COVID-19 palliatives were kept have been looted by hoodlums, in many parts of the country.

On Tuesday, a Twitter user @UncleAnass claimed that security operatives in Kaduna were conducting house-to-house search for looted COVID-19 palliatives.

“In Kaduna, it’s house to house operation in search of stolen palliatives by security operatives. Haba @elrufai 🙆‍♀️😮🤣.” the Twitter user wrote showing images of security operatives entering a house with occupants lying on the floor.

The governor quoted @UncleAnass tweet with the comment that those who stole and destroyed property in the state under the guise of #EndSARS will be brought to book.

El-rufai wrote, “KADUNA UPDATE: We intend to bring each and everyone of them to justice. Stealing and destruction of property in the guise of #EndSARS will not be tolerated in Kaduna State. Thanks.”

Many of those who reacted to El-rufai’s comment argued that the governor was quick to send out security operatives to those who looted COVID-19 palliatives, but could not show such commitment to fight banditry in Southern Kaduna.

While El-Rufai was being bashed, he, however, got the usual support from his literally versed wife who backed his tweet with an assertion that everyone of the culprits should be brought to book.

Some noted that it is unlawful to conduct house search without court order.