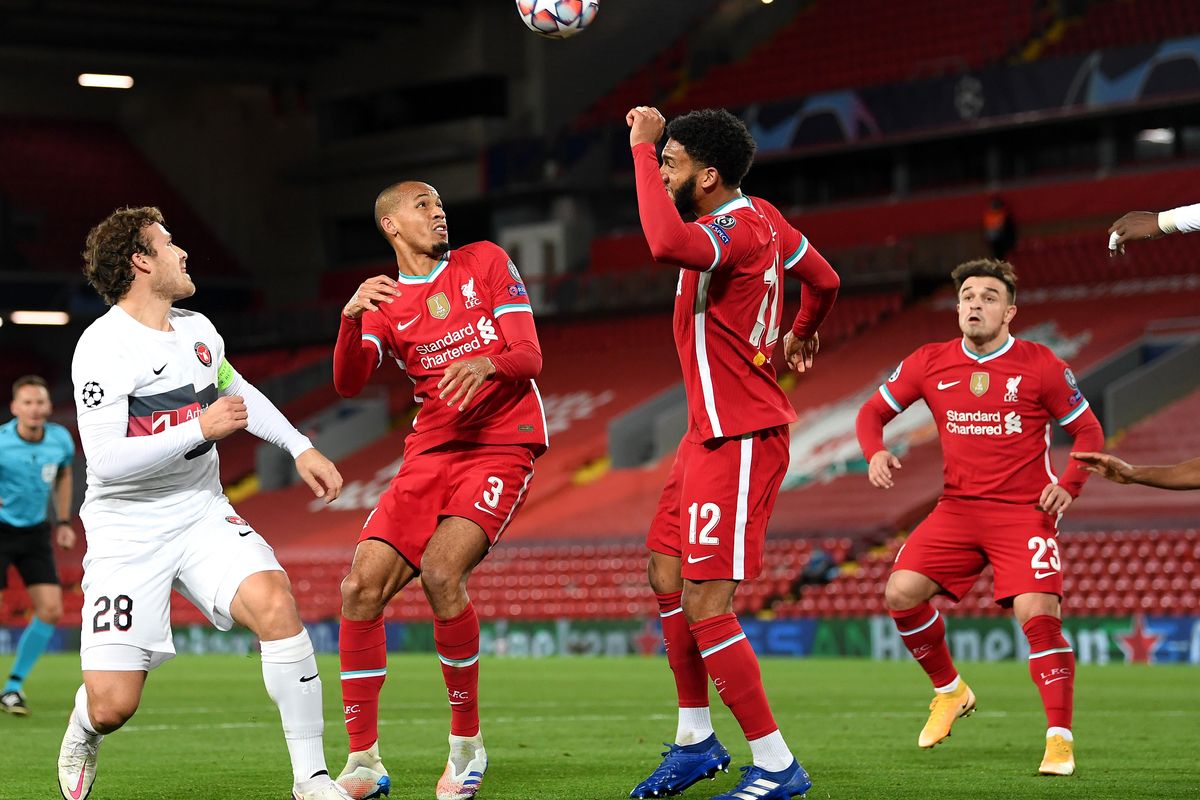 Liverpool saw off Midtjylland 2-0 at Anfield to maintain top spot in Group D of this season’s ongoing UEFA Champions League.

Diogo Jota opened the scoring for the Reds as he scored Liverpool’s 10,000 goal in their history before Mohammed Salah who featured as a substitute put the result beyond reasonable doubt.

It was a hard fought triumph for Liverpool who were up against a well organized defensive unit setup by the Danish opponents. Jurgen Klopp decided to start the game without Sadio Mane, Roberto Firminho and Mohammed Salah. That made the attack less menacing and the first half ended goalless.

Eventually, a well taken goal by Diogo Jota after being setup by Alexander Arnold ten minutes into the second half sparked the game into life. The Portuguese’s goal was the 10,000th scored in their history in all competitions, coming 128 years after their first netted by Jock Smith in September 1892 in the Lancashire League.

Midtjylland asked questions of Liverpool’s defense as they tried to get an equalizer. However, they came agonizingly close to doing  that through substitute Evander. That missed chance came back to haunt them when Mohammed Salah who came in as a 60th minute substitute confidently slotted in a penalty in the 90th minute to secure maximum points for Jurgen Klopp’s outfit.

On the night, Fabinho picked up an injury. That has dealt another hard blow on Liverpool as Virgil Van Dijk is also out through injury.