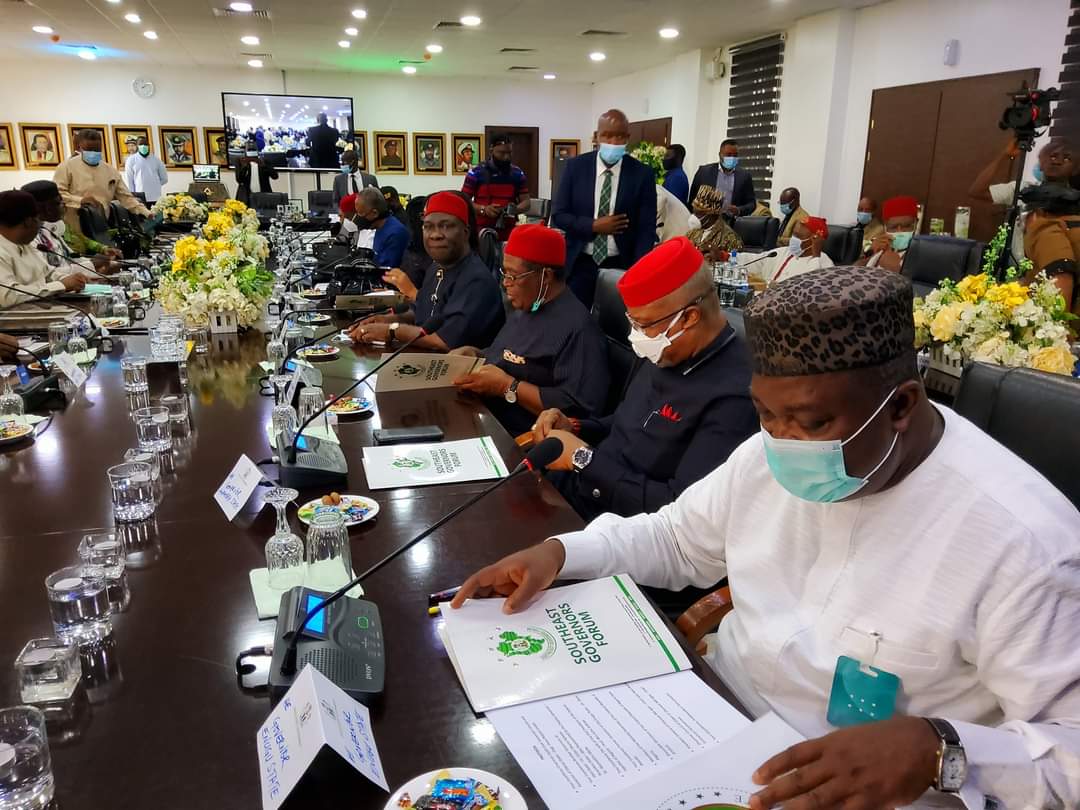 The leaders of the South East geo-political zone comprising the governors of the zone, national assembly members, ministers, clergy, traditional rulers, Igbo leaders and women leaders, rose from a closed-door meeting at the Government House, Enugu, on Thursday and resolved to engage the youth to ensure a sustainable peace in the zone as well as “a glorious future for our children”.

The Igbo leaders sympathized with all the victims’ families of the #EndSARS protests, including the Police and other security agencies “as well as all those who lost their loved ones and properties during the recent disturbances”.https://gwg.ng/2020/10/02/n750m-security-vote-tears-akeredolu-deputy-apart/

Addressing newsmen after the meeting, the Chairman of the South East Governors’ Forum (SEGF) and Governor of Ebonyi State, Engr. David Umahi, stated that “the state governors are committed to addressing the concerns of our young people that are peculiar to various states and will engage the federal government and their colleagues in other states to address the other issues that are national”.

The SEGF chairman disclosed that “each state in the South East zone will set up a fund to assist the victims of the crisis, including the Police, the Army and other security agencies as well as civilians”.

The South East leaders advised the youth that “while our governors are working hard to meet their demands, the destruction of public and private properties and killing of security agents and civilians will never be allowed to continue”.

While offering to protect all ethnic groups living in the South East, the leaders thanked other parts of Nigeria for protecting Igbos in their areas too.

“We therefore, direct all Igbos, both in and outside Nigeria, to go about their businesses and should not participate in any form of unlawful protest and criminality”, they said.

Nnamdi Kanu Opens Up On IPOB’s Role In #EndSARS Protest