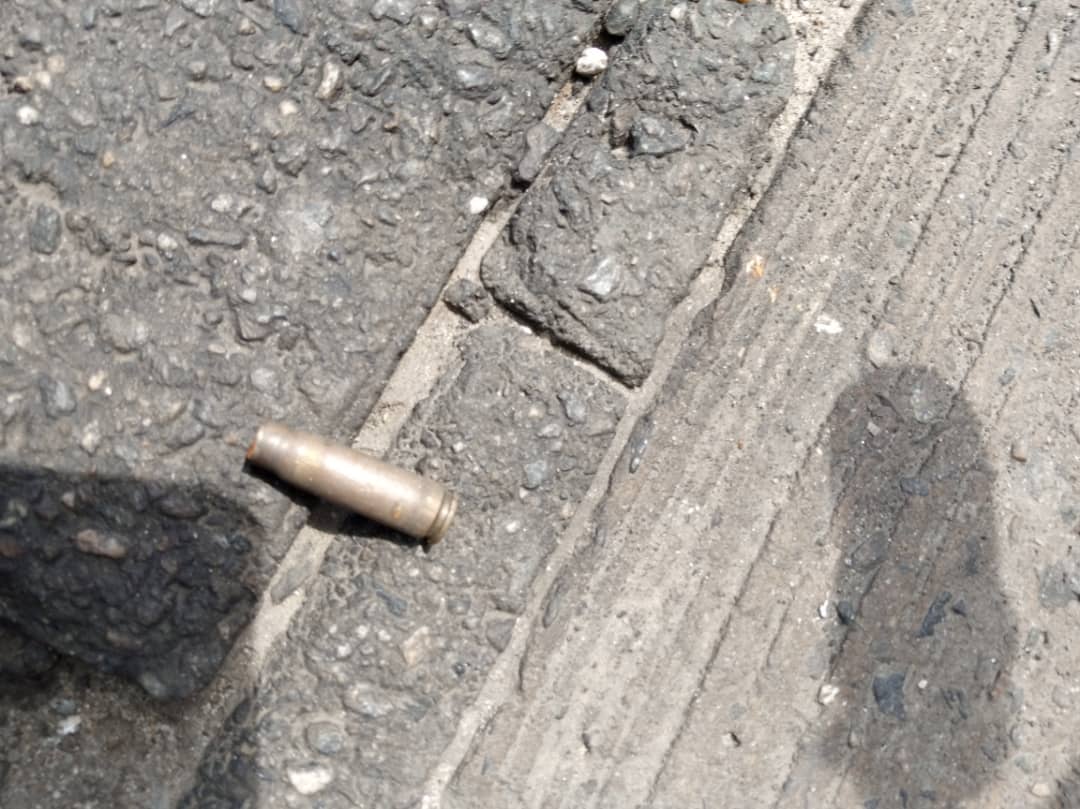 Five bullet shell casings were seen by the Lagos Judicial Panel on Friday  at the Lekki Tollgate Plaza, the scene of the alleged Oct. 20 shootings of #EndSARS protesters by officers of the Nigerian Army.

The News Agency of Nigeria (NAN) reports that the nine-man Judicial Panel headed by Justice Doris Okuwobi (Rtd) saw the bullet shell casings on Friday during a visit to the scene as part of its investigations into the incident.

Earlier in the day,  the panel had left the venue of its sitting at the International Court of Arbitration, Lekki Phase 1, Lagos , to visit the Tollgate plaza scene of the  shootings.

Also in attendance were : Mr Abayomi Omomuwa, the Managing Director of the  Lekki Concession Company (LCC) and Mr Gbolahan Agboluwaje, the Head of the Legal Department of LCC and the media.

Some five bullet casings were seen  on the floor, inside  the gutter and the stairs of the Tollgate plaza by people present there.

Omomuwa, during the visit,told the panel that  the Close Circuit Television (CCTV) cameras mounted on a mast at the toll gate area was working during the shootings.

He, however, noted that though the footage of the happenings  of Oct. 20 had been captured by the CCTV, it is currently not working due to damage caused by hoodlums during the carnage  of Oct. 21.

On the panel’s return to the venue of its proceedings, Justice Okuwobi
said that the panel had made observations and had asked questions at the scene.

She said that subsequent proceedings could not continue because the  the Managing Director of the LCC had no legal representation.

She also noted that the panel had not admitted the Oct. 20 footage as evidence and when it is admitted in evidence, it will be played at the proceedings.

The proceedings were adjourned until Nov. 3 for the testimony to be given by the MD of the LCC .