TVC Did Not Sack Staff After Arson Attack - Mgt 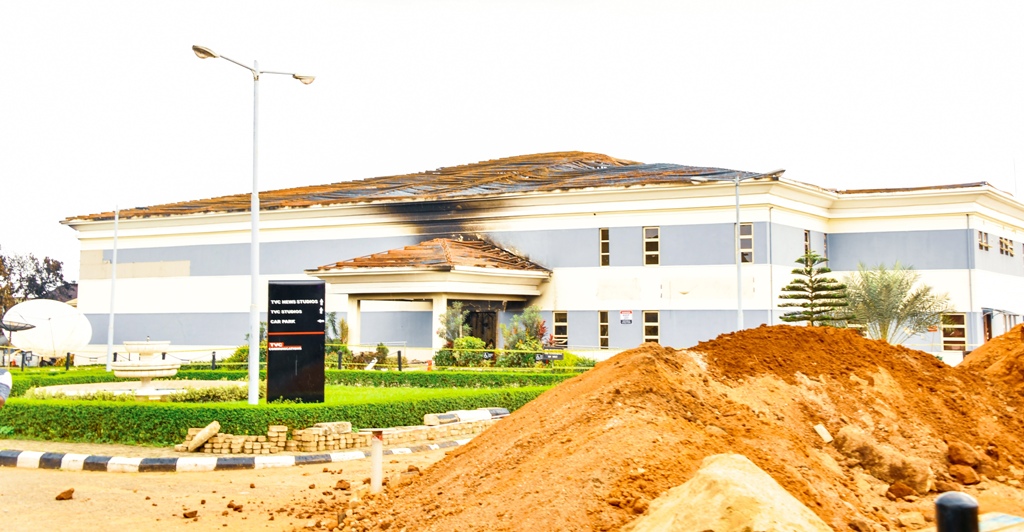 The management of Television Continental (TVC) has explained that its staff were not laid off on account of the arson attack on its premises.

GWG had reported that hoodlums invaded and burnt down TVC head office at Ikosi-Ketu, Lagos State on Wednesday, 21st October, 2020.

Reacting to certain reports that 250 jobs were lost due to the incident, TVC Chief Executive Officer (CEO), Andrew Hanlon, in a statement, said the 550 jobs of employees remained safe and secure.

He noted that 250 employees are “physically displaced” due to the fire incident at the head office, noting that staff have relocated to temporary offices, pending the construction of another news studio.

Hanlon said, “The reference to 250 jobs related to those of our employees who had been physically displaced due to the fire at our premises, this does not mean those same employees had subsequently lost their jobs due to the fire.

“All of our staff remain with us, and have merely now been relocated to temporary offices while we build a bigger and better television studio complex.”