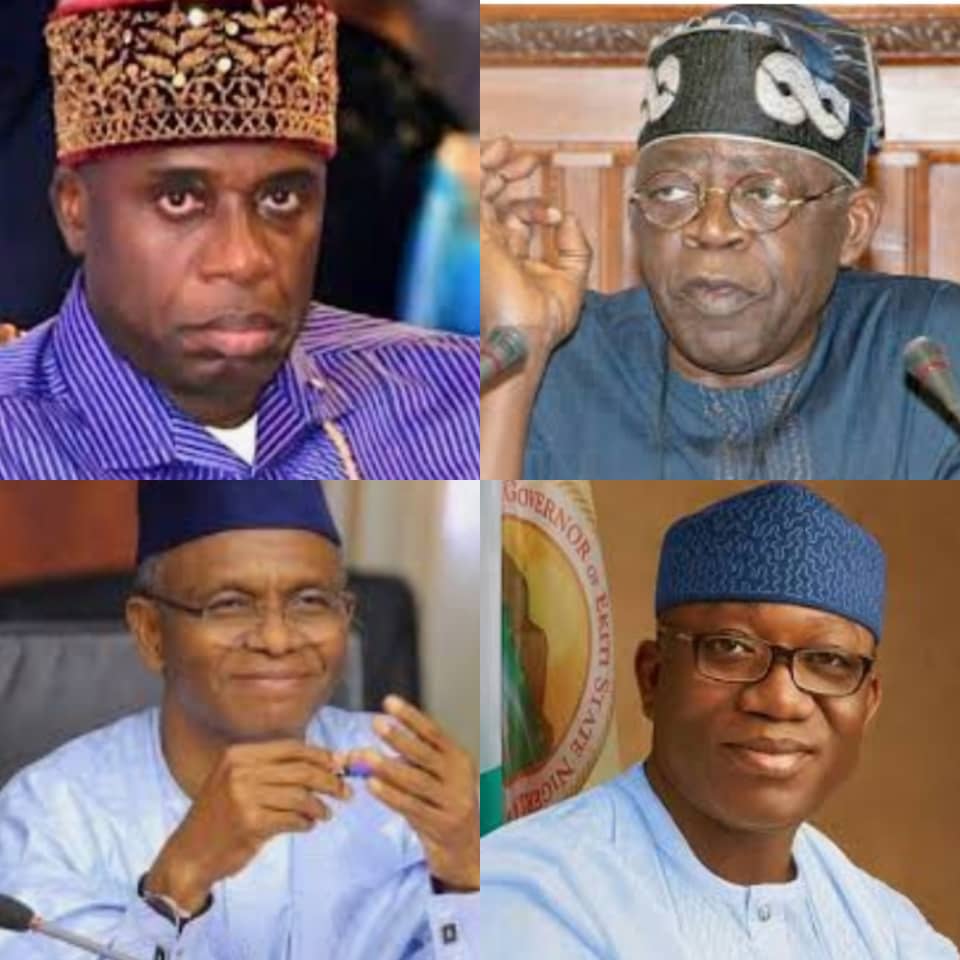 On Monday, campaign posters signposting what was alleged as the 2023 presidential aspiration of the Minister of Transportation Rt. Hon. Chibuike Rotimi Amaechi for President flooded Abuja streets.

Interestingly, the posters had the face of Mallam Nasir el- Rufai, the Governor of Kaduna State as the running mate.

The posters emerged about 48 hours after El Rufai had introduced Governor Kayode Fayemi of Ekiti State as someone who the North loves and “can work with”. The occasion was the 50th Anniversary of the Centre for Historical Documentation and Research (Arewa House) in Kaduna.

Fayemi was Guest speaker at the event and took on the topic: “Unfinished Greatness…Towards a More Perfect Union in Nigeria.”

At the event, Fayemi and El Rufai adopted a similar position that Nigeria was ripe for restructuring.

As the Chairman of the Nigeria Governors’ Forum (NGF), Fayemi has been building a strong political machinery with an eye on 2023. This has seen him clash in his state with forces loyal to the National Leader of the All Progressive Congress, APC, Asiwaju Bola Tinubu who is also believed to have an eye for the presidency in 2023.

Fayemi was also among the governors who were rumoured to have mobilized against former APC National Chairman, Adams Oshiomole and swept him out of office. It is believed that he and the Kaduna governor were pivotal to the execution of that task.

They were also said to have collaborated with Amaechi in the anti-Oshiomhole move and were opposed by Asiwaju Tinubu.

The emergence of the of the Amaechi/El Rufai campaign poster on Monday just two days after the Kaduna State governor introduced Fayemi as a man the North can work with is expected to test the strength of the anti-Tinubu coalition in the APC as his opponents struggle over the shape of what they will use to fight him for the APC’s 2023 ticket.

One of the issues that the anti-Tinubu coalition within the Southwest will have to address is that the emergence of Amaechi as presidential candidate over Tinubu may signpost mutterings in the region that Fayemi and other anti-Tinubu forces helped to deny the Southwest the presidency in 2023.

Whatever, the authenticity of the posters as coming from either Amaechi or El-Rufai is also not certain.

Mbaka Under Fire Over Claim Of Criminals And Liars Around Buhari