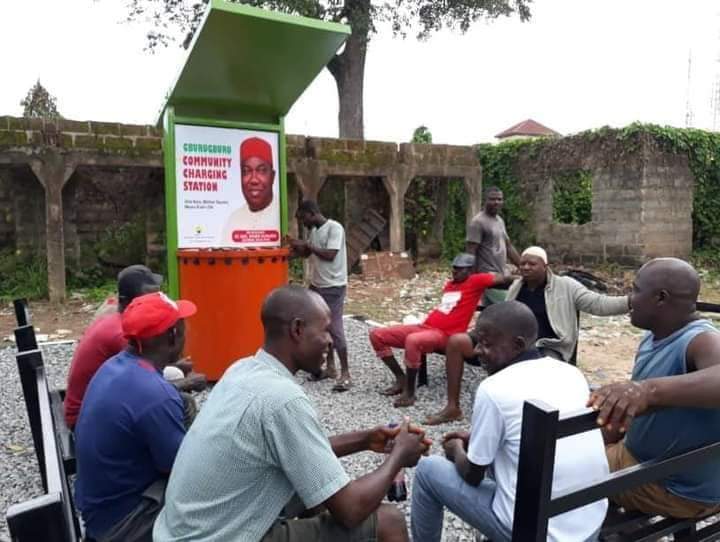 The Chairman of Nkanu East Local Government Area of Enugu State, Engr. Abel Uchenna Nwobodo, has denied the story trending on the social media alleging that Governor Ifeanyi Ugwuanyi constructed a community charging centre in Nara community of the council.

In a statement, Engr. Nwobodo described the story as “misleading, false and mischievous and a joke taken too far”.

The council chairman stated categorically that “the governor and his administration are not involved in the project”.

He disclosed that “the said project is a private initiative of an illustrious son of Nara in Nkanu East LGA as a means of contributing to the development of the community, which has nothing to do with any government”.

Nwobodo therefore called on the general public to disregard the story as it was meant to mislead and misinform.