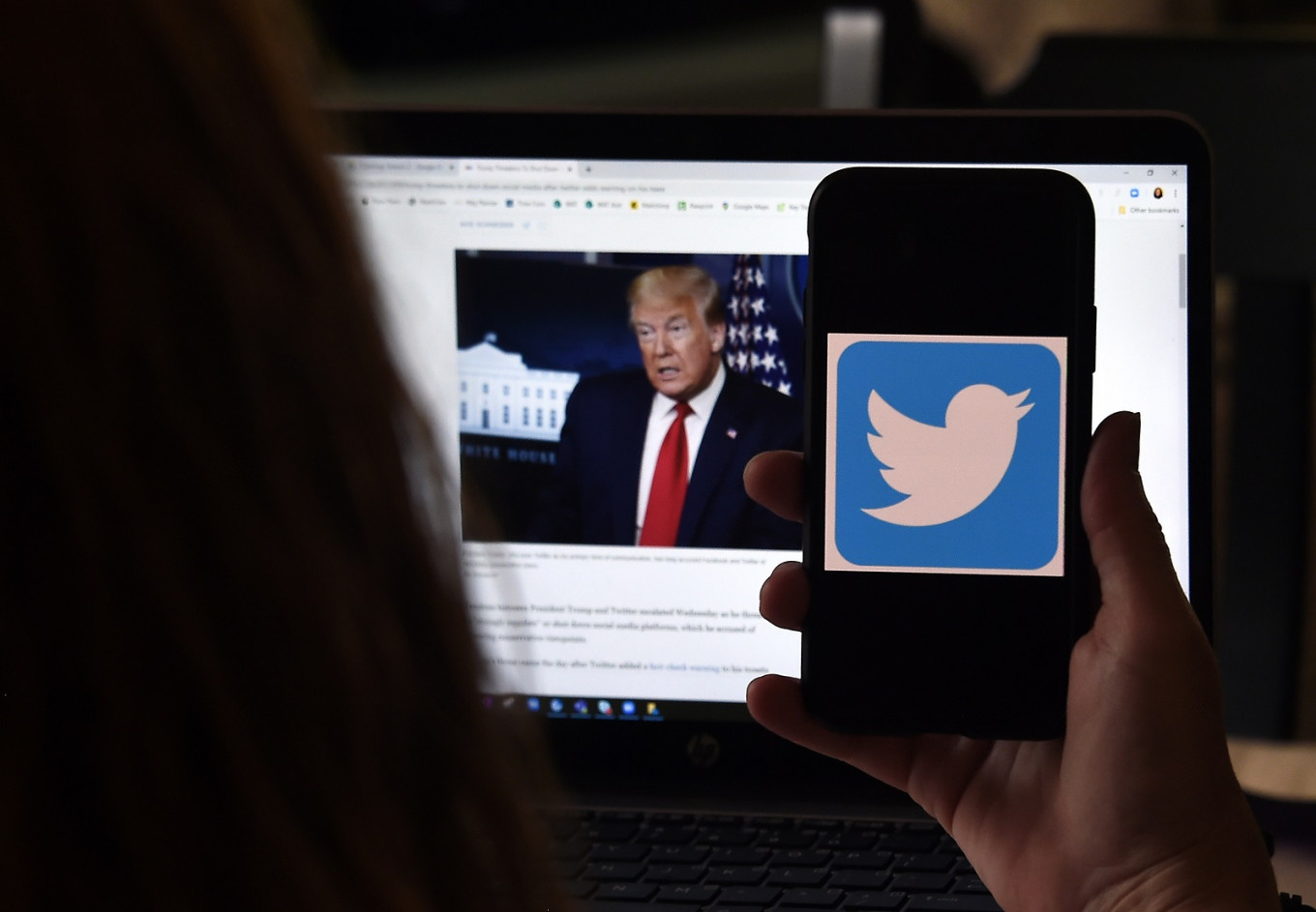 Twitter has imposed restriction on a tweet by U.S. President Trump in which he alleges attempt by unnamed persons to “steal the election”.

“We are up BIG, but they are trying to STEAL the Election. We will never let them do it. Votes cannot be cast after the Polls are closed!” the tweet reads.

Twitter quickly flagged the message, preventing users from commenting, liking or retweeting it.

The company added a warning:  “Some or all of the content shared in this Tweet is disputed and might be misleading about an election or other civic process.”

It attached a link directing users to its Civic Integrity Policy, which among others, forbids the usage of the platform to manipulate or interfere  in “elections or other civic processes”.

“We placed a warning on a Tweet from @realDonaldTrump for making a potentially misleading claim about an election.

Twitter temporarily blocked the @TeamTrump account from sending tweets after it posted a video about Democratic presidential candidate Joe Biden’s son that it said violated its rules.

The video referred to a New York Post story from Wednesday that contained alleged details of Hunter Biden’s business dealings with a Ukrainian energy company and said the former vice president had met with an adviser of the company.