A Youth President: Between Fantasy And Reality 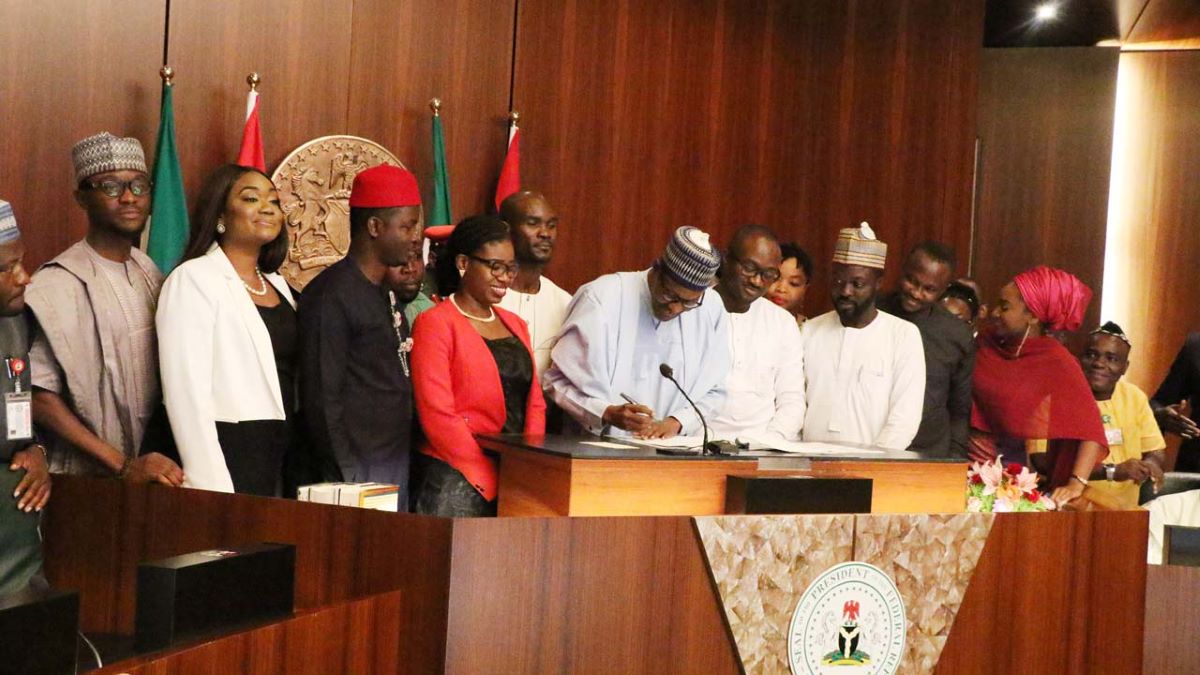 It all started with the #EndSARS and #EndPoliceBrutality movement which was perceived a step in the right direction in bringing an end to the menace of the anti-robbery unit of the men in black. Though the movement, which started as a protest in many states of the federation was somehow peaceful, its hijack by hoodlums causing mayhems, looting and destruction of public and private properties is another talk.

From the #EndSARS movement, it birthed many sub-movements generally calling for an end to bad governance and maladministration in the country and eventually lead to the call for youths taking over political offices and some went as far calling for a youthful president. Yes, a president from amonsgt the youths and an drastic political retirement of the so called ‘old cargoes’. A youth might not necessarily mean an individual within the age bracket of 18 – 35, though key, but basically someone who is knowledged, vast, upgraded and advanced in all key areas coupled with the evolving technologies in the globe. Can’t an ‘old cargo’ have a youthful mind? is a question begging for answer. A case of Gov Babagana Zulum of Borno State.

This just similar to the ‘Not too young to run’ notion that surfaced prior to the 2019 elections embraced by all, what turned out with it?. Definitely, if the necessaries and essentials are not put in place, years to come, the youths will keep swimming in their pool of fantasy in taking over the affairs of their fatherland.

What is closer to reality is the issue of a youth president or much inclusion of youths in the politics of Nigeria might not be a dream to be achieved so soon. Emergence of Emmanuel Macron in France and Kim Jong-un in North Korea was not what happened overnight or out of mere aspiration. Long term work, strategies and on-field performance especially politically and otherwise are major indicators.

The participation of youths in politics and electoral processes in Nigeria year in year out is far very low compared to the so-called old cargoes they are determined to excommunicate. The Nigerian constitution made no provision for independent candidates just as we have in other countries such as India et al. That not in place, it is incumbent on them especially the political aspirants, to pitch their tents under the already existing political parties or take steps further in creating theirs. Even the few card carrying members are mostly not serious with the affairs and activities in the parties they belong.

Occupying political positions in whatever capacities either through elections or appointment requires many things than just filling the positions. Active political participation, experience, expertise, grassroot connection and others are what are expected of any individual to field these positions. How will a president/governor for instance, appoint non-party members into offices where there are many of the ‘active’ party members to filled such positions?.

According to the electoral acts of the country, for electorates to cast votes for candidates of their choice, there is need for them to get registered with the Independent National Electoral Commission (INEC) and obtain the Permanent Voter’s Card (PVC). Available statistics by INEC shows that 51.11% of the registered voters in the country are youths from the 18 – 35 age bracket, with the middle age (36 – 50) having 29.97% and the Elderly and Old with 15.22% and 3.69% respectively.

A poll by NOIPolls clearly showed that of the 51.11% registered youths, just a poor 27% have had their cards collected leaving the remaining 73% lying with INEC. Where are the owners of the cards if truly they are ready to bring their dream into a reality?

A visit to polling units on election days send a negative signal. People one sees on the queues are predominantly adults from the other classes taking their time and patiently waiting to exercise their franchise while the youths advocating for take over and development have disenfranchised themselves playing football on the streets or just sitting in their houses. Some even go as far as telling you “the powers-that-be already know who will win” not knowing their abstinence is what affirms their notion.

In politics, especially in elections, figures are what matter and determine so much. How best can huge figures be gotten when there is lack of coherence of interest among the youths. Efforts should be geared towards bringing together all necessary figures to add up for success. Selfish interest obviously was what marred the youth ambition at the 2019 presidential elections. Youth candidates emerged under numerous parties automatically splitting the expected figures. Efforts to bring them together was fruitless and the results at the polls says it all. If all could pull support for an agreed candidate with all resources, even if such individual did not emerge, the youth mark will have been victoriously registered.

Waheed Shotonwa is a journalist and can be reached via shotonwa.waheed@gmail.com