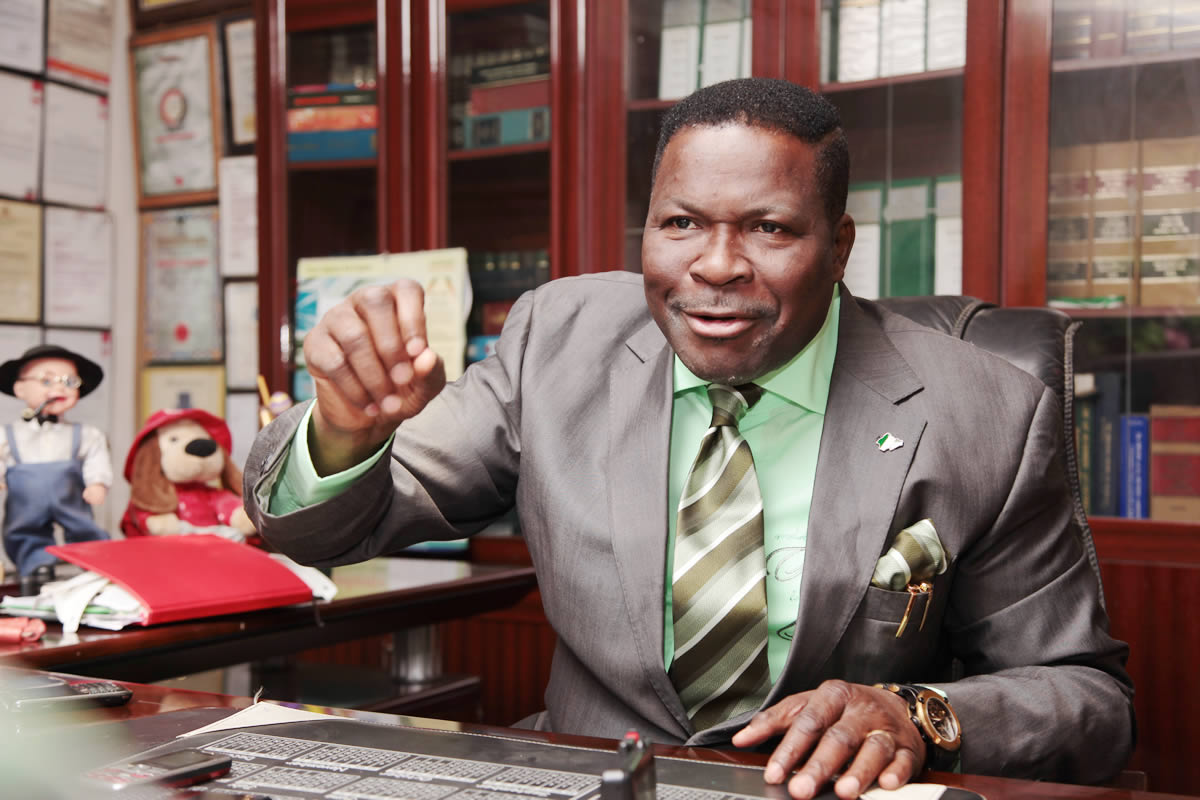 In difficult and trying times like these, such as we are presently experiencing in Nigeria, it becomes incumbent on patriots to ‘be extremely circumspect, even advisedly taciturn, in making public comments on trending burning issues.

This is to prevent further pouring petrol on an already blazing inferno. But, I am now forced to do this follow – up write-up after three earlier major outings on the #ENDSARS protests by deprived, ignored, marginalised and repressed angry Nigerian youths.

This intervention is centred on what I call the “LEKKI TOLL GATE MASSACRE” that was watched live on TV, like a reality show.

It was on Tuesday, October 20, 2020. I watched it live. Millions of Nigerians and members of the international community, also watched it LIVE, “korokoro – eyes”.

We all watched, with awe, disgust and with spine – chilling horror, how a platoon of about 20 camouflage-wearing military personnel, with vehicles flashing their multi – coloured lights, savagely invaded the toll gate. Unprovoked. They opened a staccato hail of hot lead bullets directly on defenceless, unarmed, innocent singing, dancing, sitting and flag- waving Nigerian youths, who had converged at the toll gate to peacefully protest. They were even singing the National Anthem; perhaps a re – affirmation of their belief in a re – ordered and rejigged Nigeria, where social justice, equity, egalitarianism, mutual respect, and ethnic and religious tolerance shall reign supreme.

The youths had hoped to make their voices heard, get empowered to go to school, secure living wages in employment, and live a decent life. They didn’t ask for the impossible. They simply wanted to end decades of crude Police brutality, especially SARS, against them and other hapless innocent citizens.

They only desired a better society. They roundly rejected and wanted to end poverty and grand larceny, especially by our so called ‘elected’ servants’ in government. The time of the youths’ protest at the toll gate as recorded by people across the world, was about 7.00 PM (‘18.00 GMT). The youths were unarmed. They were not violent. They were peacefully protesting. The world had watched and heard a while earlier, before the military invasion, how an eye witness near the tollgate had started commenting on what he observed.

FAILED ATTEMPTS AT A COVER-UP

The narrator told a shocked world how some persons had started demobilizing and disconnecting the CCTV, CAMCORDERS, tollgate and street lights, and other gadgets at the toll gate. The video maker and narrator was making instantaneous commentaries, reminiscent of the football commentaries of Ernest Okonkwo and Olu Fatoyinbo (all of blessed memory), during the glorious days of real titanic football finals in Nigeria, which involved the big
teams – Enugu Rangers of Enugu, Bendel Insurance of Benin, IICC Shooting Stars of Ibadan, Mighty Jets of Jos, Stationery Stores of Lagos, etc. He was saying something to the following effect:” Some people have arrived the Lekki toll gate. They are right now demobilizing and disconnecting the CCTV cameras fixed at the toll gate, including the street lights. Why are they doing this? We do not know. Are they planning to attack people and erase the evidence of the killings? We are here monitoring. Oh, they are still going ahead disconnecting the security gadgets. Nigerians and the international community must watch live what is going on now…. “. The government has tried, albeit vainly, to conceal and obfuscate their dastardly and horrific acts. But, they did not reckon with the fact that most people nowadays have cell-phones with cameras; and that thousands were recording live. Witnesses instantaneously posted live images, videos, tweets, on Facebook, LinkedIn, etc. They even live-streamed the goings-on. Millions across the world watched bestiality displayed in the most hideous manner.

It was live. It was not hidden. It was global. So, why is the government trying very hard to pool the wool over Nigerians’ eyes by attempting to change the narrative? Why this cheap historical revisionism?

Why the Bollywood Fashola camcorder scenario, Baba Sallah ‘s Alawada Keri Keri’ s stage histrionics and pathetic self – denials? Why the frenetic attempts to bury evidence and rewrite the scene of and happenings at the toll gate? Why the accusations and counter – accusations between Governor Sanwo Olu and the Army High Command? Why? Why? Why? Do these dramatis personae in this cold-blood murder of unarmed youths not have children? Do they know God? Do they have conscience, which Uthman Dan Fodio, once described as an open wound that can only be healed by truth? Do they even have red blood flowing in their near plastic veins?

SOME QUESTIONS AND DRAMAS

Many questions: Who put off the CCTV Cameras, toll gate and street lights and other gadgets at the tollgate. Who deployed the military officers to the tollgate in the first instance?

How did Mr Babatunde Fashola, Minister of Works and Housing, who led Federal Government delegates, to commemorate with Lagos State Government, Babajide Sanwo-Olu, suddenly “discover” or “find” a “hidden” camera at the tollgate, five clear days after the bloody massacre?. Fashola’s mysterious “discovery” later became the butt of jokes of Nigerians across the world. They wondered how a secret camcorder lens could be found by only him. Some described the “finding” as a pantomime. Others said they are embarrassed, ashamed and insulted to think these government officials think Nigerians are all foolish, daft and unthinking zombies, who would fall cheaply for these make-belief theatricalities of “discovery” five days after Lagos Waste Management Authority (LAWMA) had cleaned up the scene of incident; and after Governor Sanwo-Olu had himself toured the entire scene.

Fashola had said, “some subversive elements” must have planted a camera there, while gingerly picking up the device with a handkerchief. Many Nigerians accused Fashola of ridiculous Netflix manipulation, stunt and attempt at a cover-up. Some described him as the new Sherlock Holmes, Raymond Reddington, Scooby Doo, Inspector Gadget and such names to humour him.

THE ARMY, AMNESTY AND SANWO-OLU’S BRICKBATS

Amnesty reported that Army troops opened fire on peaceful protesters without provocation, killing at least 12. The Army had maintained that its troops were not at the site of the shooting, but Tuesday night a military spokesman, Maj. Osoba Olaniyi, reversed that position, saying soldiers had been deployed there to enforce a curfew; however, he denied that the troops shot at the protesters.

“At no time did soldiers of the Nigerian Army open fire on any civilian,” Olaniyi said in a statement. He however maintained the soldiers were deployed on the orders of the Lagos State Government (gosh!). But, Governor Sanwo-Olu denied this, saying the state government has no authority over deployment of Nigerian Army personnel.

Lagos State Governor, Babajide Sanwo-Olu had on October 21 denied any record of fertility at the bloody tool gate massacre this was during a live broadcast. He had said “three of the injured protesters have been discharged, while some are in the hospital. There is no record of any fertility.”

Later that same day the Governor immediately admitted his words and that “a life was lost at Reddington hospital due blunt force trauma to the head”. He described this as “an isolated case”.

“What happened at Lekki Toll Gate has all the traits of the Nigerian authorities’ pattern of a cover-up whenever their defense and security forces commit unlawful killings,” said Osai Ojigho, Amnesty’s Nigeria Country Director.

“Nigerian authorities still have many questions to answer: Who ordered the use of lethal force on peaceful protesters? Why were CCTV cameras on the scene dismantled?

“Many people are still missing since the day of the incident, and credible evidence shows that the military prevented ambulances from reaching the severely injured in the aftermath,” he said.

A Judicial Panel set up by the Lagos State Government has begun investigating the shooting. The panel is also investigating allegations of abuse against the police unit, the Special Anti-Robbery Squad, known as SARS. Already, the Army, through its 81 division (55 battalion), had already denied the panel access to its military morgue.

The widespread #EndSARS campaign had erupted in Nigeria first on the social media, in early October after a video circulated showing a man being beaten-up, apparently by SARS officers. The peaceful and well-organized protests had disrupted traffic in Lagos and other major Nigerian cities. President Muhammadu Buhari’s government had agreed to disband the SARS unit. But, the protests continued, with participants demanding sweeping reforms of the repressive Police and action against increasing corruption.

Although the protests were largely peaceful, they later turned violent due to many factors. At least 56 people died across the country, according to Amnesty, which accused security forces of using unnecessary brutal force. It was on October 20 when the Lagos State government imposed a curfew and ordered everyone to stay at home, that the bloody mayhem occurred at the Lekki plaza. For two clear days thereafter, Lagos witnessed widespread violent rioting that also spread across Nigeria.  In order to restore order in Lagos, Nigeria’s largest city with nearly 20 million people, the Lagos State government had, on 20th October, 2020, imposed a curfew from 8 p.m. until 6.a.m.

People wonder why the Governor declared a curfew after midday in a bustling city of nearly 20 million people, where commuting is always a nightmare. They also wonder why the private toll gate concession management company would switch off the light. Was it to provide cover for the night soldiers to shoot defenceless protesters even before the official curfew started at 9 pm on Tuesday, 20th October 2020? Did they for once think we are still living in the 70s of Fela Anikulapo-Kuti’sUnknown Soldier (https://pan.african-music.com/fela-kuti-unknown-soldier/) best seller?  (To be continued)

THOUGHT FOR THE WEEK