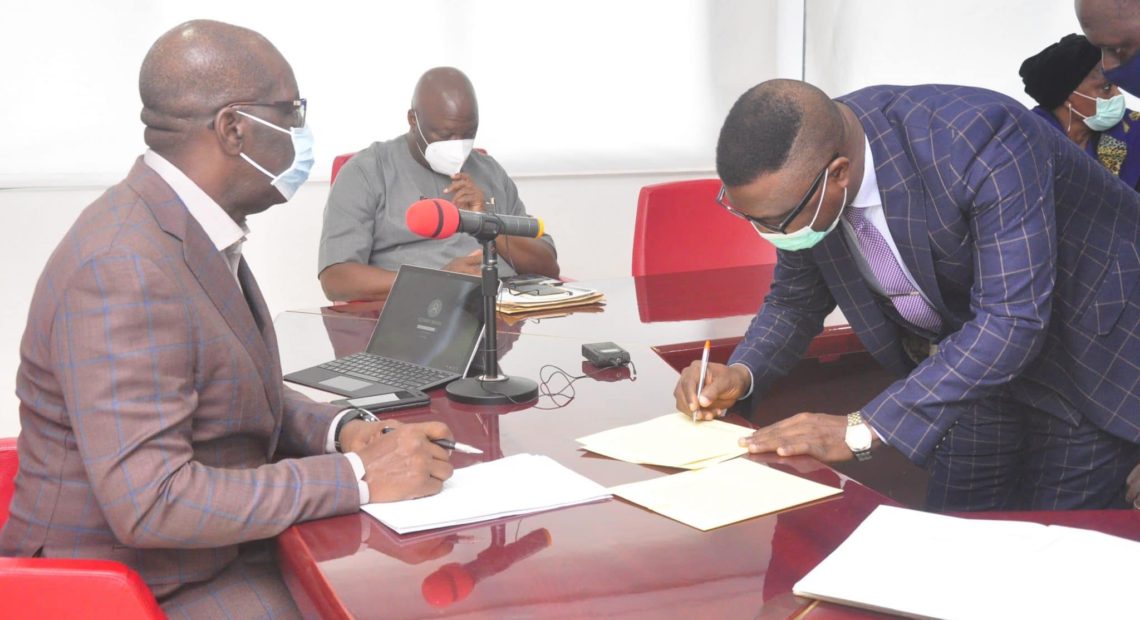 Comrade Adams Oshiomhole who steered Godwin Obaseki to his first term as governor of Edo State was conspicuously absent on Thursday as the Edo State governor took his oath of office for a second term.

However, fellow APC governor, Rotimi Akeredolu was represented among a dignitary of political chieftains from the Peoples Democratic Party, PDP who were present as Governor Obaseki affirmed that his new term represented a new hope for the state.

While thanking the president for allowing a free space for the election, the governor also paid glowing tributes to his wife, his deputy Philip Shaibu and his wife .

He said his election represents a new hope for the state as he said that he would commence the arduous task of making Edo Great Again.

He also thanked the PDP for giving him cover saying, “we will be entirely grateful to you for covering us with the umbrella when we were abandoned.”

He, however, appealed for unity saying that the division that shadowed the election must be put behind.

Comrade Oshiomhole, the immediate past governor of the state who projected Obaseki to his first victory in 2016 and was by him at the first inauguration was, however, not available this time. Oshiomhole had taken position against Obaseki’s second term.