Sierra Leone Vs Nigeria: Rohr Gives Another Excuse For One More Bad Outing 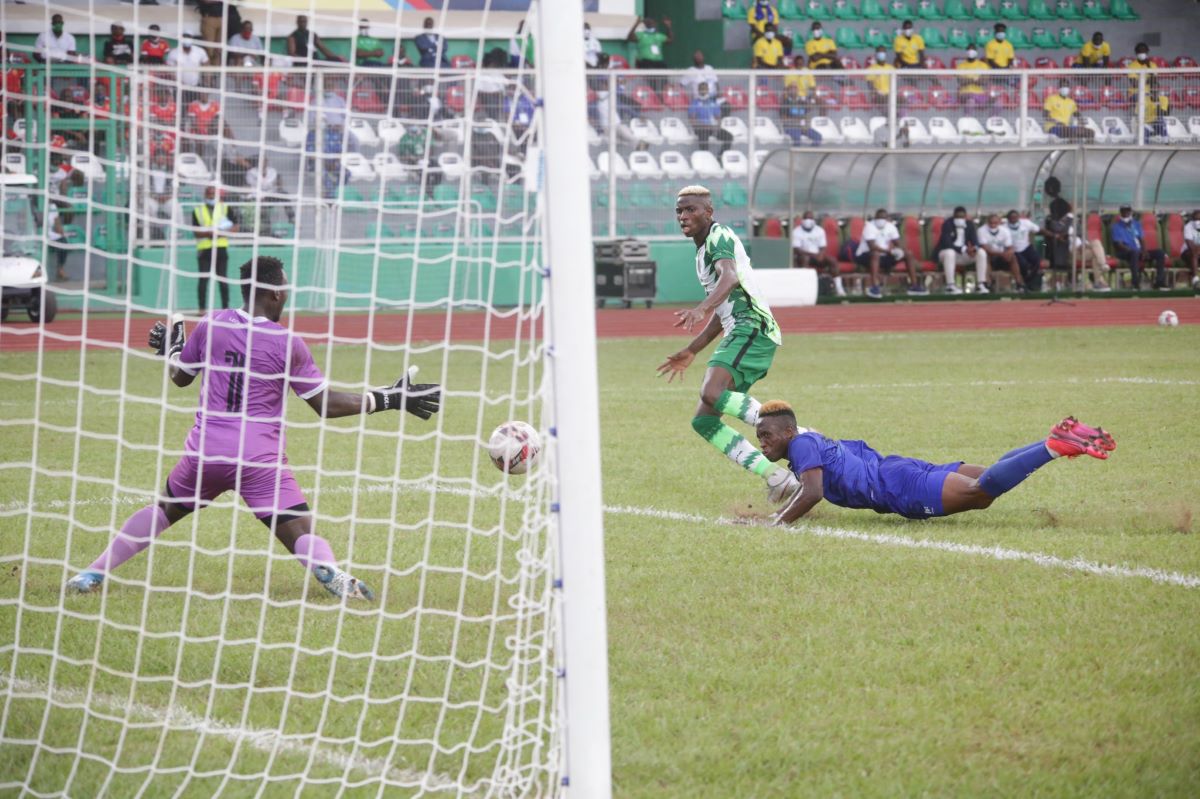 Super Eagles coach Gernot Rohr, has attributed Tuesday’s below par performance of the team against the Leone Stars of Sierra Leone to the poor condition of the pitch at the Siaka Stevens stadium, Freetown.

The News Agency of Nigeria (NAN) reports that the Super Eagles settled for a goalless draw against the Leone Stars in the reverse fixture of their matchday Group L 2021 AFCON qualifier. The draw, however, saw the Eagles remain top with eight points after four games, while Sierra Leone are third on three points.

Reflecting on the game on the team’s official twitter account, Rohr praised the performance of his players, singling out Maduka Okoye for being most impressive, and lamenting the long ball tactics used by the home team which scuttled the efforts of the Eagles’ to secure the much needed three points.

“The team did well, especially our goalkeeper who had a very good match. Last time, he conceded four goals, which was not his fault, and today he showed everyone what he can do. Our defence did well, but the pitch was very difficult to play good football and they were playing long balls”, Rohr tweeted.

“The points means we stay top of our group and I believe we are in the right direction,” he said.

The Eagles next game in the qualifiers is away to Benin Republic in March 2021, NAN reports.