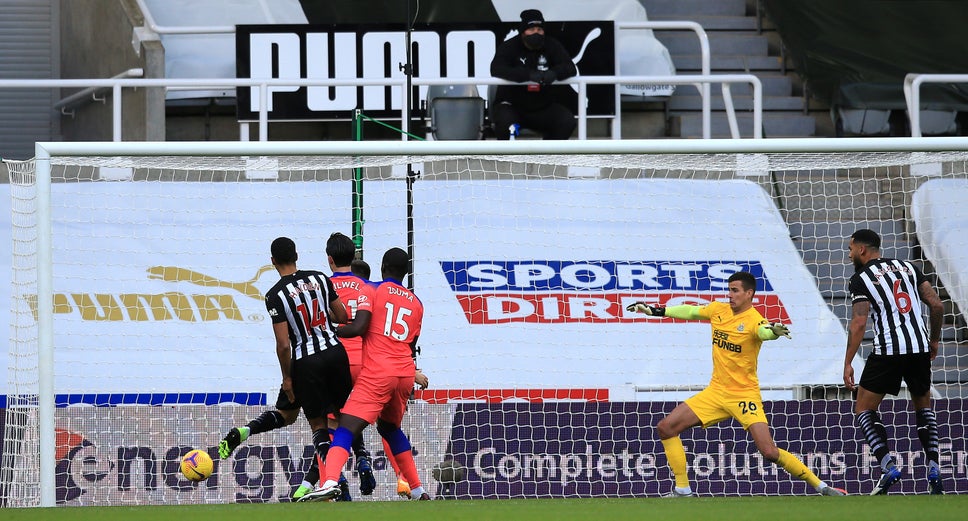 Chelsea roasted Newcastle 2-0 at St James’ Park to climb to the summit of the English Premier League table for the first time this season.

Frank Lampard was, however, quick to acknowledge that it was bound to be a brief stay given that the feat was achieved by goal difference and that rivals had yet to play.

A goal each in both halves from a Federico Fernández own goal in the 10th minute and a delightful finish by Tammy Abraham after a blistering run from Timo Werner gave Chelsea a well-deserved win against a Newcastle side who barely threatened Edouard Mendy in goal.

Mason Mount’s cross deflected wickedly off Federico Fernández ten minutes into the game, to give Chelsea an early goal advantage. Since his debut in September 2014, no Premier League player has scored more own goals in the competition than Federico Fernández who has put in five goals into his own net.

Timo Werner was in the spotlight for the wrong reasons when he was unable to drill his low shot past Karl Darlow in Newcastle’s goal. The Newcastle shot-stopper also saved Tammy Abraham’s sumptuous headed attempt at goal.

Going into the break, Newcastle trailed 1-0 behind Chelsea.

After the restart, Timo Werner should have doubled the lead, when he was in a one-on-one situation with the Newcastle goalie, but his poor decision to pass the ball to Hakim Ziyech saved Newcastle from further humiliation at that point in the game.

An incredible run by Werner put Newcastle’s defense in sixes and sevens, and he capped it off with a well placed pass to Tammy Abraham who lashed it into the net in the 65th minute to put daylight between the sides.

Newcastle also had their moments in the second half, however, Edouard Mendy was hell bent on keeping a clean sheet.

Speaking after the match on Chelsea’s emergence as league leaders albeit temporarily, Lampard said:

“It is pleasing but I am not going to be at rest being on top of the table for just five minutes. It is going to be a long, long race.”

No Basis For Calls To Sack Rohr – Pinnick