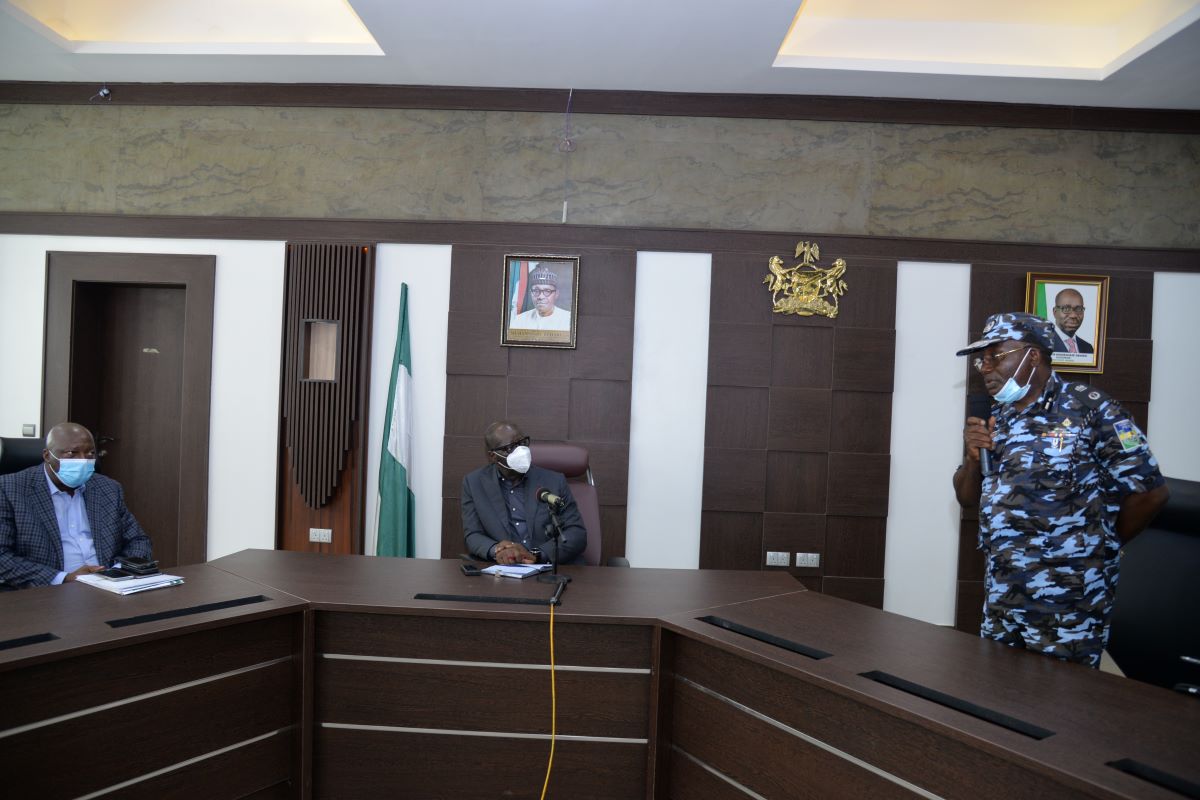 The EndSARS protest was hijacked by political elements who lost out in the recent Edo State election Godwin Obaseki confessed on Friday.

The Edo State governor said this at the Government House, Benin City, when he received Commissioner of Police (CP), Abutu Yaro, who is the Chairman of IG Committee on Assessment of losses of the Nigerian Police Force in the impacted states where #EndSARS disturbance took place.

The governor noted that while the protest lasted, in other places, hoodlums were destroying government properties but in Edo State, the focus was on security structure and institutions.

“It all started in Edo. The first police station was burnt in Edo and the correctional facilities were attacked here in Edo State. It was a well-articulated and orchestrated event to undermine the security of the State and Nigeria.

“It started in Edo and we can tell you that it is not totally unrelated to our politics in Edo. We have evidence that some people who lost out were masterminds of some of these activities. The boys they brought in to create havoc for the election were armed and some of them went to the correctional facilities to release some of their colleagues.

Obaseki continued: “To get to the bottom of this issue, we need to question some of these persons, no matter how highly placed they are. They should be questioned on their roles in destroying security infrastructure in Edo State.

“We have sent out our contractors to do an evaluation of the properties destroyed. We are concerned about the arms removed during the protest by criminal elements who are now attacking and killing policemen and IPOs who prosecuted them.

“It is part of a sustained effort to undermine the state. Pressure is on Edo State Commissioner of Police to release some persons arrested with arms and some people who played vital role in the destruction of security infrastructure.”

On his part, CP Yaro, congratulated the governor on his victory at the September 19 governorship election and his subsequent swearing-in.

He said he is on a working visit to Edo State with a mandate to go round all states impacted by the #EndSARS protest; access the damages incurred by the police during the protest; visit injured persons, families of the dead and collate the vehicular damages and other infrastructural templates that have been put out of use and report back accordingly to the police management team within three weeks.