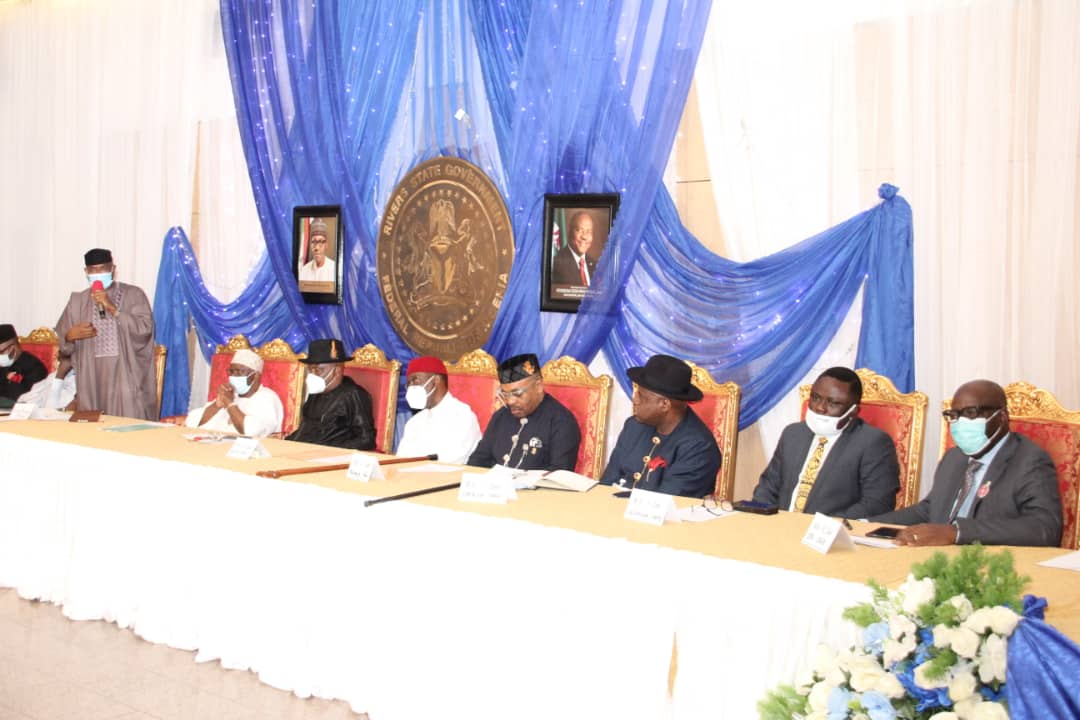 Governors and people of the South-South geopolitical zone have demanded for restructuring in line with the principle of true federalism, to guarantee peace, security and stability of Nigeria.

The governors , observed that the country is not at peace with itself and not working as it should, particularly, for the people of the South-South region.

Chairman of the South-South Governors forum and Governor of Delta State, Senator Ifeanyi Okowa stated this as the position of the zone during the regional stakeholders meeting with presidential delegation led by the Chief of Staff to the President, Ambassador Ibrahim Gambari at the Government House, Port Harcourt on Tuesday.

Governor Okowa, explained the people of the South-South are committed to restructuring of Nigeria in a way that guarantees true federalism and devolution of powers to the states to create and manage their own police and security architecture under a federal structure.

1. Immediate relocation of headquarters of oil multinational to their operational bases in the South South region.

2. Immediate relocation of government -owned oil subsidiaries from Lagos and Abuja to the South South region.

4. Immediate privatisation of the two refineries in Port Harcourt and the one in Warri for effectiveness.

5. Call for release of all funds due NDDC and that henceforth, all NDDC projects MUST be done in consultation with State Governors.

6. Reactivation of sea ports in Calabar, Port Harcourt and Warri. Then, the Lagos to Calabar railine.