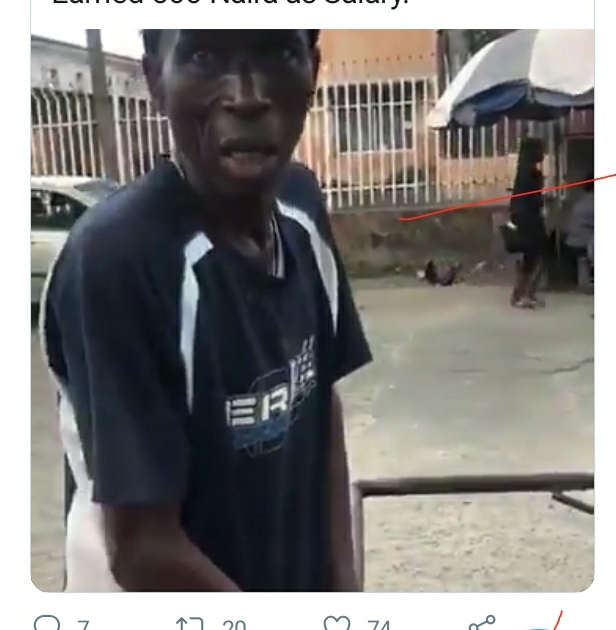 A former Councillor in Lagos State who served during the local government democratic set-up in the Ibrahim Babangida regime has raised a social media storm after he was seen pushing dirt on a truck somewhere in the city.

According to a video clip uploaded on twitter by Kayode Ogundamisi,  the  former councillor known as Shile Burger claimed to have represented Ajah and its environs during the military regime of General Gbadamosi Babangida.

He said he earned N500 monthly as salary at that time and paid tax from it.