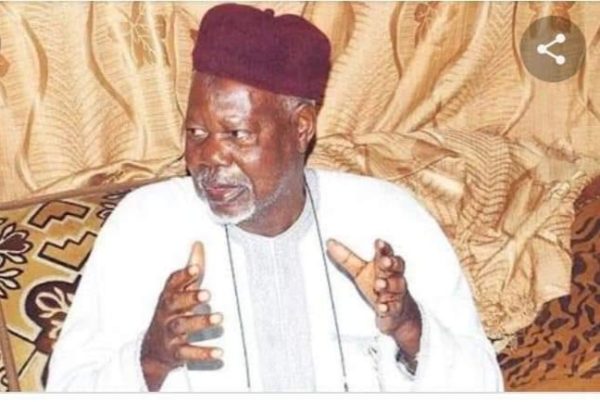 He was 32 when Gen. Yakubu Gowon appointed him military governor of the Northwest State and stepped down at the age of 40 when the coup that brought Gen. Murtala Muhammed to power swept the regime away.

The late Farouk who was an acclaimed police detective died early on Friday at the Federal Teaching Hospital, Gombe at about 1:00 am where he was receiving treatment for an undisclosed ailment.

Farouk was turbaned with the traditional title of Jarman Gombe in 1995 by late Emir of Gombe, Alhaji Shehu Usman Abubakar.

Reacting to the development, President Muhammadu Buhari condoled with associates of the deceased over the loss.

In a statement by the Senior Special Assistant to the President (Media & Publicity), Garba Shehu, Buhari also extended condolences to the government and people of Gombe State, observing that their eminent son and Jarman Gombe, dedicated his life and energy to the unity of the country.

Buhari also noted Alhaji Faruk’s commitment to the development of his community even after retirement, stressing that he remained an epitome of kindness and humility.

Also reacting, Governor Inuwa Yahaya of Gombe State described the late policeman as a complete gentleman and distinguished officer who contributed to the unity and progress of Nigeria.

“Gombe State has indeed lost a great pillar and respected elder. He was an astute officer, well respected for his humility, exemplary leadership and commitment to the unity and  development of Gombe State and Nigeria in general”.

” We will continue to remember him for his fatherly disposition and excellent deeds both in service and retirement, and in particular for his service to the community, the state and nation in a variety of roles”.

Also reacting, Governor Abdullahi Ganduje of Kano State said he was one of those who gave direction to the former Northwestern State.

“As one of those who stood high for the unity of the country and who was part of those who fathered Nigeria courageously. The news was shocking and unbearable,” Ganduje said.

Our Critics Sad That Kankara Boys Are Back – Lai

Imo Will Partner You, Uzodinma Assures Widows Of Fallen Heroes