Man U Get Back To Reckoning, Load Leeds 6-0 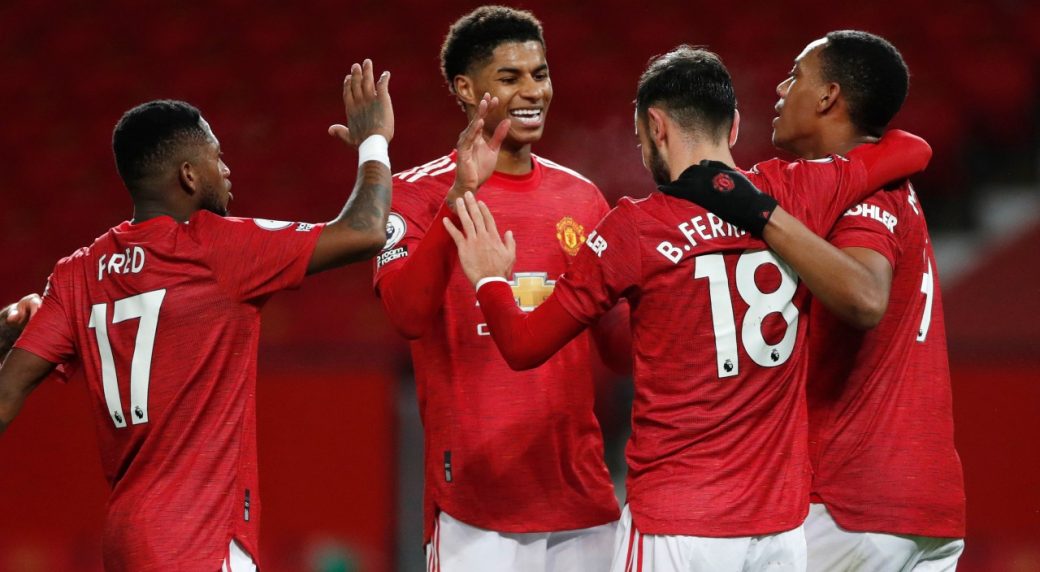 Scott Mctominay’s brace in the opening three minutes of the fixture asserted their dominance. He wrote his name into the history books as he became the first player to score a brace inside three minutes of a Premier League match. Bruno Fernandes was on hand to assist on of the Scottish international’s goals.

Fernandes will eventually become the scorer of the third goal, after Patrick Bamford’s effort was ruled out for offside. Victor Lindelof aggravated Leeds’ predicament by scoring from a Luke Shaw corner in the 37th minute, before Cooper pulled one back for the visitors in the 41st minute.

Manchester United were looking romping to victory at the interval.

Daniel James got United’s fifth goal six minutes after the hour-mark and Bruno Fernandes completed the half-dozen of goals from the penalty spot and Dallas’ sumptuous 73rd minute goal gave Leeds the second of the game.

This is the first time a club team managed by Bielsa has conceded six goals in any competitive match since his Newell’s Old Boys side lost 0-6 to San Lorenzo in the Copa Libertadores in February 1992.

Tonight’s triumph for the Res Devils also means Man United have played more home Premier League games against Leeds without losing than against any other club with nine wins and four draws from thirteen games.

Early Christmas For Liverpool As Kloop Sets Records At Palace