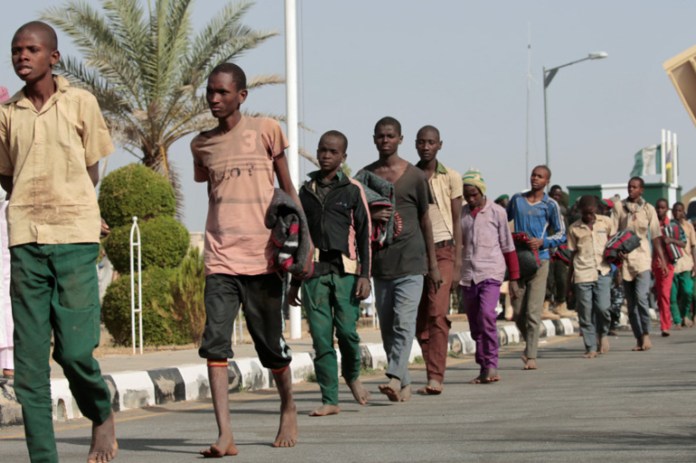 The  Senior Special Assistant to the President on Media and Publicity, Garba Shehu, has disclosed how repentant bandits aided in securing the release of over 300 schoolboys abducted from Government Science Secondary School, Kankara, Katsina.

Shehu disclosed this on Tuesday when he appeared on  Channels Television saying that ransom was not paid and he explained the conflicting report concerning the release of the school boys.

GWG had reported that gunmen had attacked Kankara school and abducted students just a few hours after the arrival of President Buhari for a week-long private visit.

Katsina State Governor, Aminu Masari, however, disclosed the release of the boys after six days of abduction by bandits. The military claimed victory for their release but the claim of the military contradicted Governor Masari’s take that the release was done by the leadership of Miyetti Allah/MACABAN. The police also weighed in by claiming the plaudits for the release.

Reacting, Shehu stated that what is important is that the boys are now reunited with their parents.

He said: “In all of the things that played out, we must thank God for bringing these children out. The glory also belongs to the nation. I don’t see much conflict in all of these things.

“The security services, army, police, intelligence agencies showed good judgement and capacity by promptly responding to the kidnap of those students and then locating exactly where they were being held.

“Having done that, they quickly mobilised and surrounded the entire place to ensure that they do not go out and they do not come in. So, whatever followed after that is to reap from the gains of what has been done.”