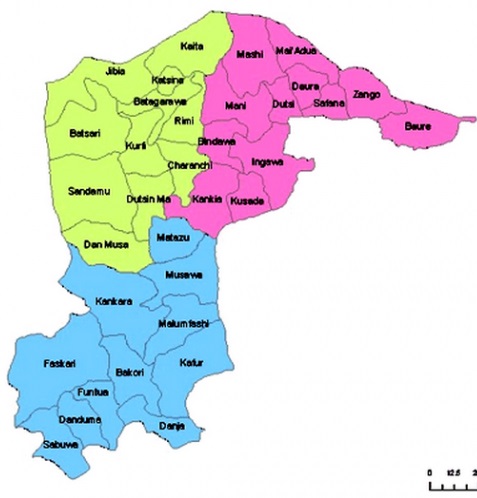 The village head of Kaigar Malamai in Danmusa Local Government Area of Katsina State and 15 others were abducted by suspected bandits on Monday night Nigeria’s Daily Independent has reported.

The gunmen, according to the report invaded the community in large numbers around midnight, operated for sev­eral hours before leaving with the victims, reports claimed.

According to an eyewitness in the village, “They invaded our village, Unguwar Mala­mai, around 11:45p.m and be­gan shooting sporadically.

“At that time, three of the gunmen forced one man to take them to the residence of his elder brother, using his mo­torcycle, which he did.

“Two of them went into the house and the other one who stood at the entrance asked the man to run away.

“When he left the place, he ran towards some security operatives and told them what was happening in the village, but instead of them to go and confront the gunmen, they asked the man to stay with them till day break.”