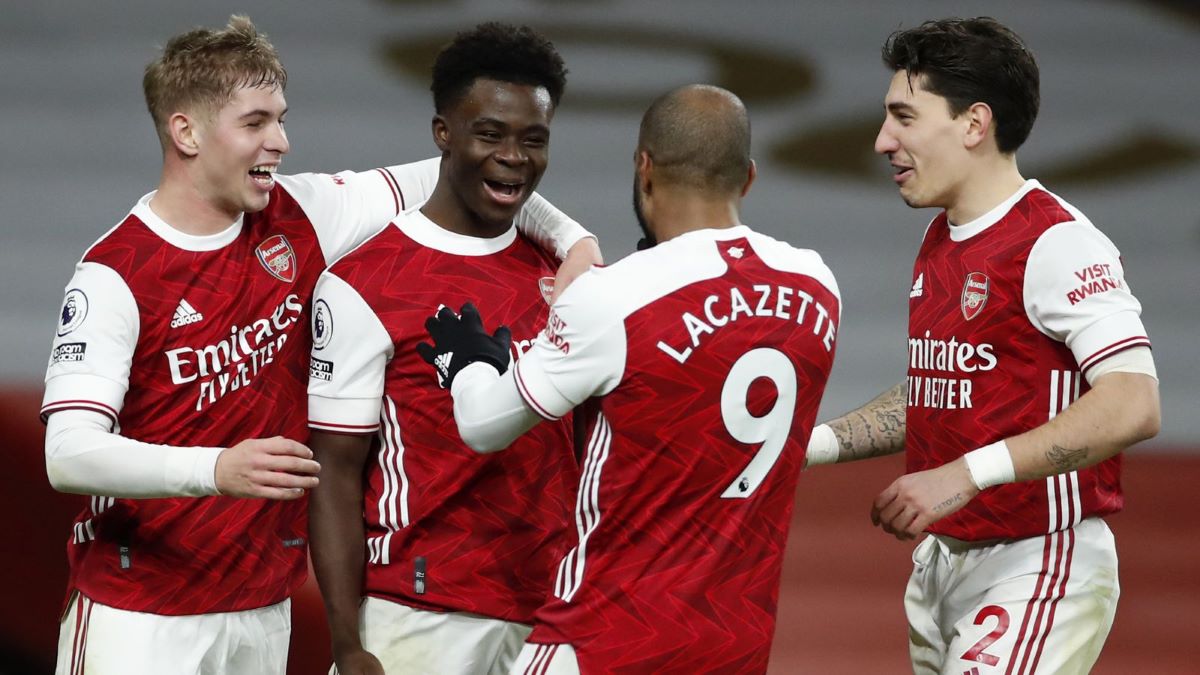 Arsenal sent shockwaves to the football world as Chelsea slumped 3-1 at the Emirates Stadium in Boxing Day’s London derby. It was the team’s first win in seven games in the Premier League.

The Gunners were looking to dismantle their opponents in the opening seconds as Gabriel Martinelli failed to connect well from a Hector Bellerin cross that would have given Arsenal the lead. Chelsea which possessed a lot of quality in their squad were an inch close to demoralizing their opponents when Mason Mount’s 12th minute free kick was kept out by the woodwork.

The visitors had another goalscoring chance as Kurt Zouma who is known for his aerial prowess nodded over the bar from Mason Mount’s corner kick. Arsenal were always on the front foot of the game, regardless of Chelsea’s attempts on goal.

And, Smith Rowe should have put Arsenal in front, but, he kicked the air instead of the ball from a fine cross.

Mount took another shot from open play in the 30th minute which also went wide.

At the other end, Kieran Tierney produced a moment of quality to compel Reece James to bundle him over in the box for a penalty.

Alexandre Lacazette stepped up, sent Edouard Mendy the wrong way and put Arsenal in front for his sixth goal of the season.

The goal ended his long absence on the scoring sheet having gone eight games without a goal in the Premier League.

It was also the first penalty he has taken in the Premier League since 2018. He also becomes Arsenal’s highest goal scorer in all competitions with six goals.

A misfired Timo Werner shot in the 41st minute ended with Granit Xhaka who hit the resulting free-kick straight into the top corner from 25 yard to make the score 2-0. That was one minute before the interval.

Granit Xhaka is the first Arsenal player to score a direct free-kick against Chelsea in the Premier League since Thierry Henry in December 2004.

Eight minutes after the restart, Bukayo Saka sent Arsenal to dreamland when he sent a looping shot over the head of Edouard Mendy and into the top corner to make it three. Martinelli’s two attempts in the 60th and 63rd minutes were handled by Mendy in goal for Chelsea.

Looking to make an impact from the bench, Joe Willock shot wide six minutes after the hour mark. Thiago Silva and Tammy Abraham’s headers weren’t able to trouble Leno in a bid to make the scoreline look more respectable.

Edouard Mendy who had seen three goals go into his net was fidgeting and almost gave Arsenal a fourth goal when he made a wrong pass to an onrushing Lacazette, however, he atoned for his error by saving the Frenchman’s shot to curl the goal past him.

Subsequently, Mohammed El Neny rattled the bar and Rob Holding’s follow up was parried away from danger by Mendy.

Frank Lampard’s beleaguered Blues got a consolation goal through Tammy Abraham. He made good use of his body to chest home a Calum Hudson Odoi cross from the right. Tammy Abraham has scored 21 goals in 50 PL appearances for Chelsea – only Jimmy Floyd Hasselbaink (34) and Diego Costa (31) have scored more in their first 50 PL apps for the club. Thiago Silva, for the second time of the game saw his headed attempt go wide before Pablo Mari fouled Mason Mount for the referee to point to the penalty spot.

It was not to be Jorginho’s day as Bernd Leno produced an incredible save to deny the Italian in the first minute of added time. Jorginho is the first Chelsea player to miss two Premier League penalties in a single season since Frank Lampard in 2013-14.

Arsenal held on for the 3-1 lead to get back to winning ways against a hitherto vibrant Chelsea outfit which have been labelled as title favorites. This defeat meant Chelsea have lost three in their last four Premier League games.