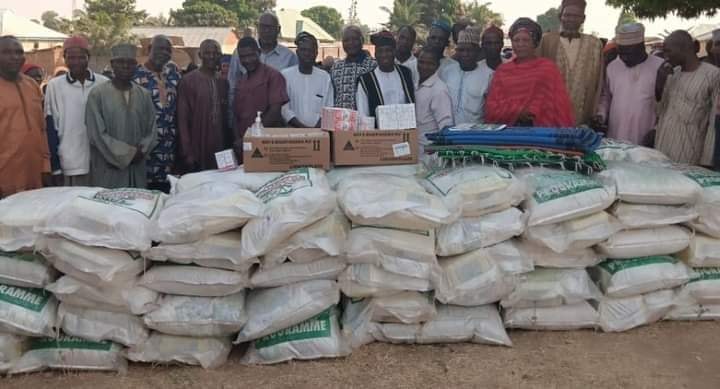 Mr. Biniyat GWG observes, made the disclosure on his Facebook page.

According to him the SOKAPU executive had visited a Gbagyi community to distribute palliatives when the exco members were told of what he described as the humiliating condition that the Kaduna community paid to enjoy Christmas.

Yesterday, (December 24) SOKAPU took a risky venture and went to Gwagwada, and interior Gbagyi community in Chikun LGA where over 1,600 Gbagyi IDPs from some 12 villages are facing severe food shortages  and medical challenges after being chased out from their homes by Fulani militia, some for over a year now.

With little or no support from government, SOKAPU took palliatives to them, mainly from the Gen  TY Danjuma (rtd) let Victim Support Fund. We also took drugs, clothes and sleeping mats donated by some good spirited persons and churches.

We were told of harrowing experiences by freed victims of kidnapping;  those who lost love ones and property. We heard of shocking impunity of the invaders and how they collected huge sums from the fled farmers to allow them a temporary return to harvest their crops.

“A certain community had to agree to the insulting demand of the killers and paid N3 million to them to spend Christmas in their homes.

It was the general consensus of all the local leaders of Chikun ward, that their ward was fully in country of the outlaws.

They still need the assistance of everyone to get by.

Only One Of 37 Commissioners Of Police Is Igbo – Ohanaeze