How Oshiomhole Lost His Popularity - Ojezua 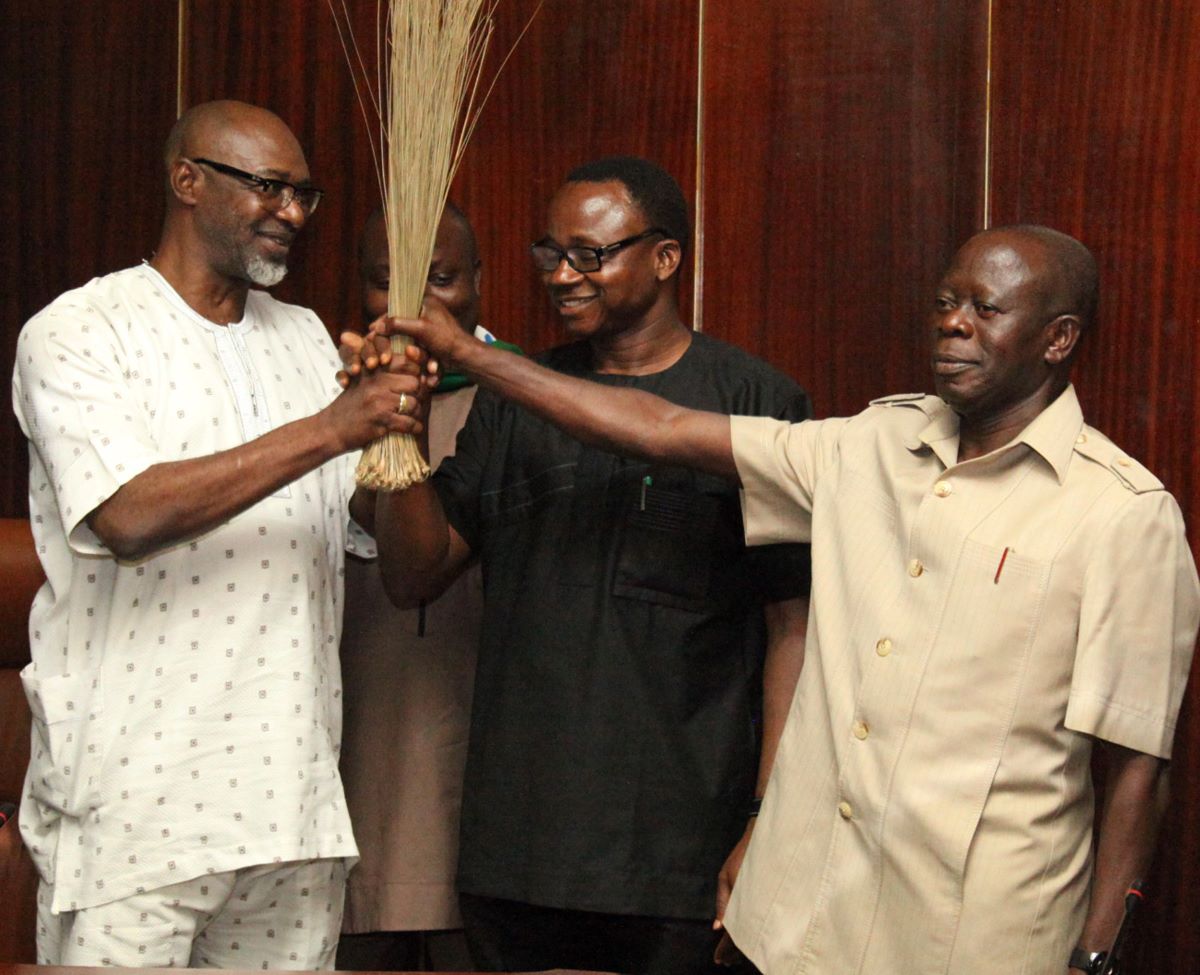 Anselm Ojezua the immediate past chairman of the Edo State chapter of the All Progressives Congress, APC, and former ally of Adams Oshiomhole has opened up on how the former Edo State governor and national chairman of the APC lost his swagger and popularity in the state.

Speaking in an interview, Ojezua who recently defected to the Peoples Democratic Party, PDP following the crisis that engulfed the state chapter of the APC over the governorship election said it was regrettable that Oshiomhole turned away from the things he taught his followers in politics.

“Oshiomhole has wasted his goodwill in the state. He used to be very popular but, today, I can’t say the same,” Ojezua told Sunday Punch.

“You brought a candidate that you told us was bad, couldn’t be trusted with the treasury of the state and you wanted us to vote for him four years after? And he expects Edo people, who he perceives as foolish and cheap, to just buy it from him?”

Ojezua And Oshiomhole Were Once Strong Allies

“He had poured accolades on Obaseki and told us that he (Obaseki) would do better than him (Ize-Iyamu) because of his capacity to figure out what to do in a challenged economy. Obaseki came and justified that assessment and people poured accolades on him. And all of a sudden, Oshiomhole became antagonistic towards Obaseki, instead of being proud that he brought a successor who could do better than him.

Continuing on how the former national chairman of the APC turned away from what he taught his followers, Ojezua said:

“The APC should know that robbing us of the opportunity to choose our candidate at the primaries was the major cause of the problem.

“I thought that Oshiomhole should know because he was at a point leading the fight against that sort of behaviour, or did he think he was above the rules? Nothing makes him superior to any of us.

“How could someone who was a beneficiary of our benevolence think that he can do that to us? I would have expected him to act in a grateful manner. He should have given us a little bit of respect but he didn’t. He is still fighting. I don’t know what he told them in Abuja.

“I am sure they will see the result of this action. If there is anything they will ever regret in their political lives, it is the loss of Edo. Events have shown that the beginning of the end of any political party in Nigeria starts from Edo. The PDP reversal started here in 2004. The APC decline has started and we will see what happens in 2023.”