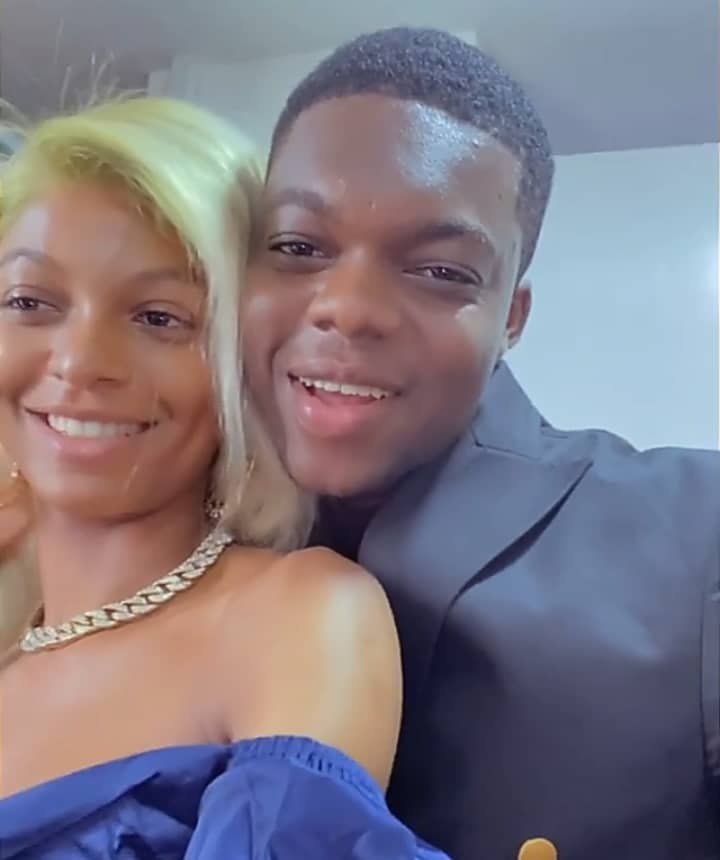 A lady is threatening suicide after accusing popular comedian, Abdulgafar Ahmad aka Cute Abiola of dumping her to become engaged to popular social media influencer, Adeherself.

The lady, Victory Omogiate alleged that she was initially sceptical of Cute Abiola but he persisted in wooing her with a promise of a long relationship only to dump her for Adeherself.

Meanwhile, Adeherslef has described the recent Christmas celebration following her engagement as the best ever for her!

Reacting, to the engagement, Omogiate in a series of tweets alleged that her entanglement with Cute Abiola started last year when the comedian sent a direct message to her on Instagram, asking for a relationship.

She also pointed out that she wasn’t raped and she threatened to release the nude pictures of the comedian if he denies her accusation.

She wrote: “This is just a tweet about emotional black mail, his engagement tour me apart he won’t find peace in that marriage, he used me severally, no one should try to judge me because you have no idea what I have been going through for over a year now.

“If you know him he can send him this tweet and see his response, he might deny most definitely, and. That is when I will release his nude picture.

“My story is not about rape or something like that , he just used me and dumped me after promising me heaven and earth, before I allowed him have sex with me I told him am not a hooker, he said no problem and he reassured me that he wasn’t going to dump me afterwards and stopped.”

She also stated that Nigerians should hold the comedian responsible if she commits sucide.

GWG writes that as at the time of filing this report, the comedian is yet to react to the accusation.

Laycon And Erica: Fans Fight Over ‘Kill Him Threat’