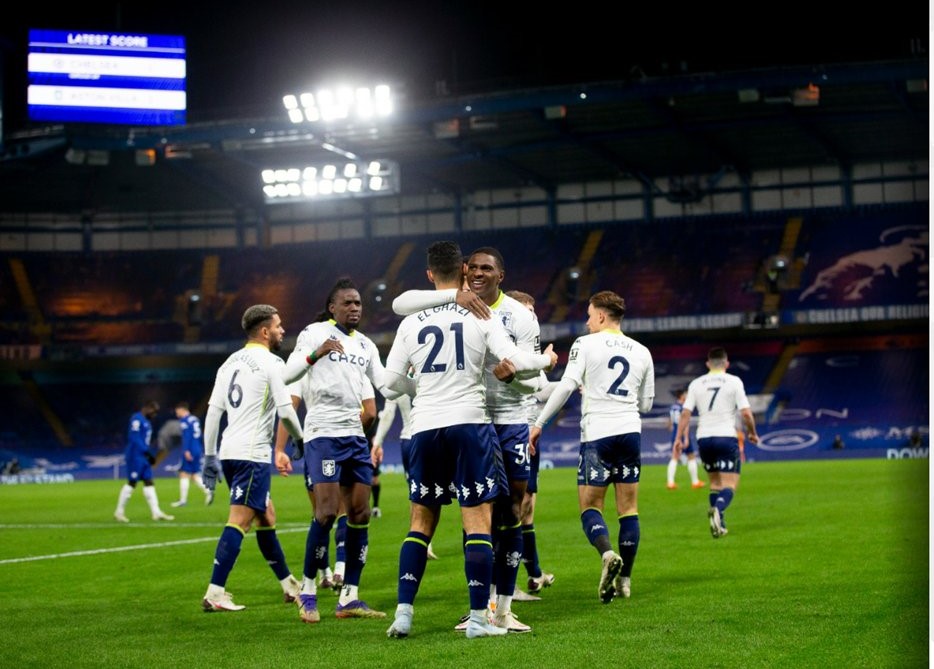 Frank Lampard’s recent woes continued as Chelsea fumbled against Aston Villa to a 1-1 draw at Stamford Bridge in their last match of 2020.

A result which portrays their struggling form as they have one just won one game in their last five.

Olivier Giroud was given a chance to lead the line for Chelsea ahead of Tammy Abraham and an inconsistent Timo Werner.

He, however, delivered the goods by opening the scoring in the 34th minute from Ben Chilwell’s accurate cross.

Prior to Giroud’s opener, Jack Grealish was denied by Edouard Mendy and Christian Pulisic wasted two opportunities to put the Blues ahead. At halftime, Chelsea were in front.

Five minutes after the restart, red-hot Egyptian attacker, Anwar El Gazy cancelled out Giroud’s opener for his fifth goal in as many games for Aston Villa. Anwar El Ghazi has now scored five goals in his last five Premier League appearances, after netting just four in his first 37 in the competition.

Aston Villa would have done to Chelsea, what they did to Liverpool and Arsenal, if only Mcginn’s shot at goal didn’t hit the crossbar.

At the end of 90 minutes, the Chelsea draw with Villa meant they shared the spoils. Villa and Chelsea now sit fifth and sixth on the Premier League table.

Ronaldo Named Player Of The Century