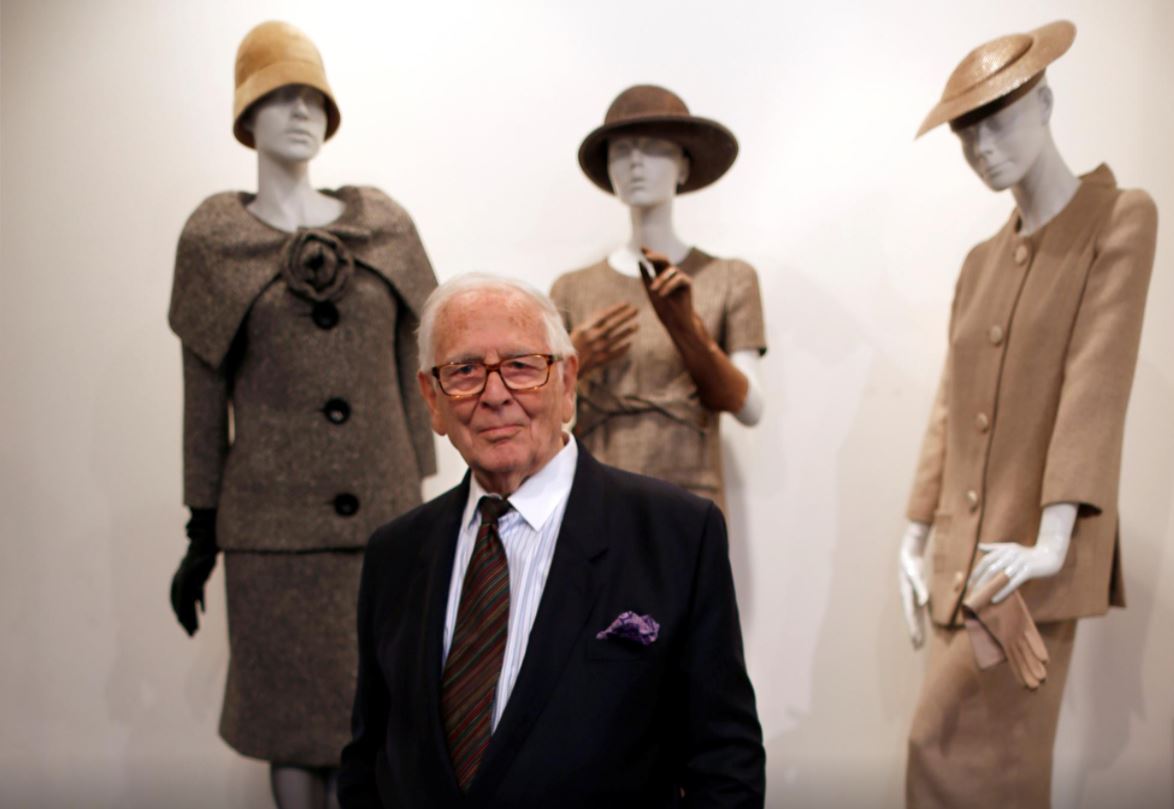 French couturier Pierre Cardin, who made his name by selling designer clothes to the masses and his fortune by being the first to exploit the name as a brand for selling everything from cars to perfume, is dead.

Cardin was the first designer to sell clothes collections in department stores in the late 1950s and the first to enter the licensing business for perfumes, accessories and even food.

Born near Venice on July 2, 1922, to French parents of Italian descent, Cardin was educated in the not-so-glamorous French city of Saint Etienne.

He went to work for a tailor in nearby Vichy at age 17 and dreamt for a time of becoming an actor, doing some work on the stage as well as modelling and dancing professionally.

When he came to Paris in 1945, Pierre Cardin made theatrical masks and costumes for Jean Cocteau’s film, “Beauty and the Beast”, and a year later joined the then-unknown Christian Dior.

His first big commercial venture, when he teamed up with the Printemps department store in the late 1950s, led to him being briefly expelled from the rarified guild of French fashion designers, the Chambre Syndicale de la Couture.

In a career spanning over 60 years, Cardin drew scorn and admiration from fellow fashion designers for his brash business sense.

He maintained that he built his business empire without ever asking a bank for a loan.

Hard as it may be to imagine decades later, Armani chocolates, Bulgari hotels and Gucci sunglasses are all based on Cardin’s realisation that a fashion brand’s glamour had endless merchandising potential.

Over the years his name has been stamped on razor blades, household goods and tacky accessories as well as  even on cheap boxer shorts.

He once said it would not bother him to have his initials, PC, etched into rolls of toilet paper, and he was also the inspiration for a phallus-like perfume flask.

His detractors accused him of destroying the value of his brand and the notion of luxury in general. But he seemed largely unaffected by criticism.

He also blazed a trail outside France long before other fashion multinationals in search of new markets.

He presented a collection in Communist China in 1979 when it was still largely closed to the outside world.

Just two years after the Berlin Wall came down, in 1991, a Cardin fashion show on Moscow’s Red Square attracted a crowd of 200,000.

Cardin also expanded into new businesses, buying fabled Paris restaurant Maxim’s in the 1980s and opening replica outlets around the world. He leveraged the investment further by launching Minim’s, a chain of fancy fast-food joints that reproduced the Belle Epoque decor of the original exclusive Paris eatery.

True to his taste for futuristic designs, Pierre Cardin also owns the Palais des Bulles, or Bubble Palace, a residence-cum-events-venue woven into the cliffs on one of the most exclusive strips of the French riviera.

Not too far away, there is also a chateau in the village of Lacoste that once belonged to the Marquis de Sade.

For his latest venture in February 2020,  he teamed up with a designer seven decades his junior.

Cardin had said he still rated originality above anything else.

“I’ve always tried to be different, to be myself. Whether people like it or not, that’s not what matters, ” Cardin had told Reuters. (Reuters/NAN)