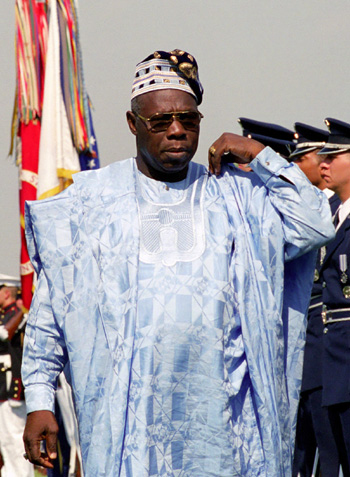 The relegation of good leaders like Olusegun Obasanjo for inept and corrupt leaders is the bane of Nigeria, veteran broadcaster, John Momoh has said.

Momoh spoke at the unveiling of the book: ‘Olusegun Obasanjo, GCFR: The Man, The General, The President’, which was written by a former Special Assistant to the former president, Otunba Femmy Carrena.

In his speech as chairman of occasion, he said: “Nigeria’s history is replete with the good, the bad and the ugly. In terms of leadership, as you know it, we’ve had few good leaders as well as many bad leaders, not only on the political scene, but in every aspect of the Nigerian life.

“But there are a lot of good leaders who have shown that they are ready to take the reins and show how good we are as a country. However, Nigeria’s history is replete with inept and corrupt leadership. It is exacerbated by ethnic and religious biases, and this leadership crisis has remained the bane of our politics since 1960.”

He, however, stressed that they were some good leaders like Obasanjo.

“Indeed, we’ve had and currently have some of the finest men and women who made a difference or can still make a difference, and there’s no gainsaying the fact that Chief Olusegun Obasanjo is one of those leaders.”

Crossover Service: CAN Tells Churches What To Do